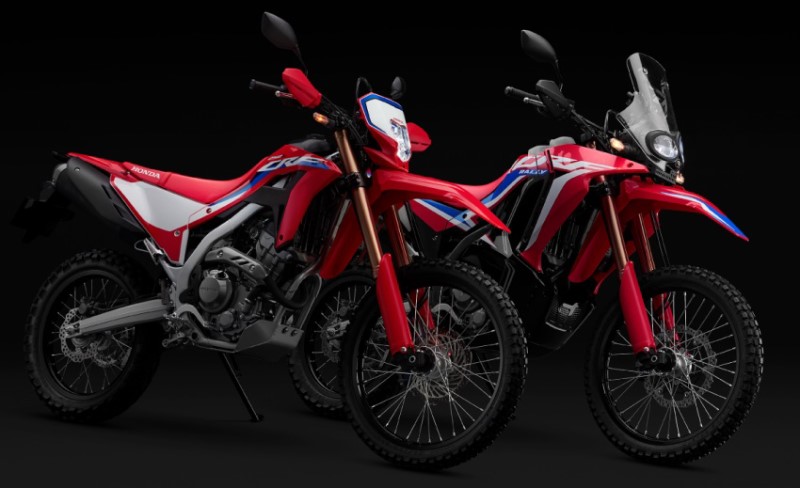 The entry-level dual-sport models have now been updated with new frame and Euro-5 emission norm compliance.

Along with many other interesting motorcycles like the CBR250RR, Honda sells small capacity dual-sport bikes under its CRF brand in markets like Indonesia, etc. In a latest development it has updated the quarter liter versions of these bikes – CRF250L and CRF 250 Rally.

The company informs that the new CRF twins come with an updated frame and some new design elements. The new chassis on the bikes is said to be optimized for better rigidity and reduced weight. However, the company is yet to inform how much weight has been reduced, and if the bikes get any other new features.

Out of the two bikes, the CRF250 Rally has probably received a bigger fuel-tank, but there is no official confirmation on it from the company. Honda claims that the transition to Euro 5 emission norms has made the bikes more fuel efficient.

The CRF250L was first introduced in 2012 (deliveries started in 2013). It is an economical dual-sport motorcycle which could be used for both dirt trails and city rides. The other version, the CRF250 Rally was released in 2017 with rally-style updated bodywork, increased suspension travel, and a larger fuel tank.

While these two motorcycles were never introduced in India, there are rumors that the company is working on a smaller adventure motorcycle for our market considering the growing penchant towards such bikes. Honda’s top official has already confirmed about the adventure-focused version of the recently launched Hornet 2.0 (see speculative rendering pic).