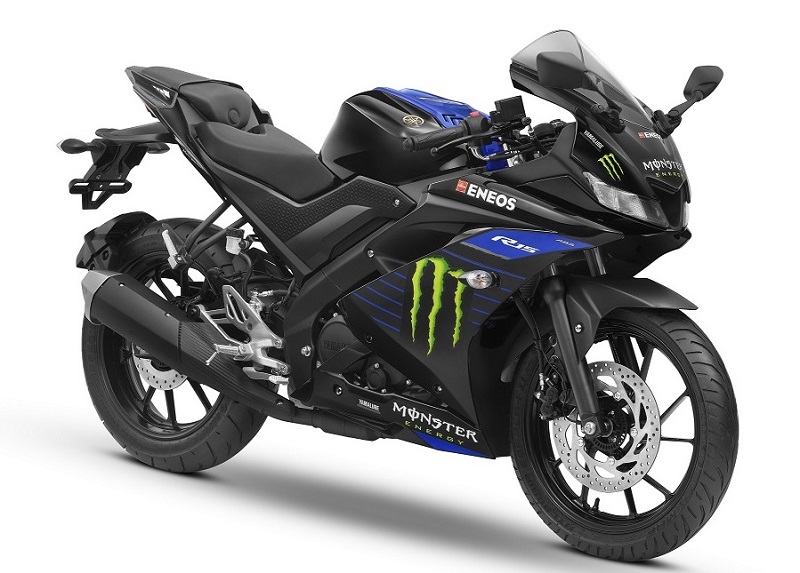 2020 Yamaha R15 BS6 power output has been reduced as compared to the current version. Launch expected in the coming months…

Like everyone else, Yamaha is also working on making its products Bharat Stage VI compliant. And looks like the company’s largest selling faired sportsbike is ready to adhere to the upcoming regulations which go into effect from 1st April, 2019.

A leaked document has revealed that Yamaha has registered the new motorcycle with the authorities. In the process some of its key specs have also been leaked. The R15 BS6 will produce 13.7 KW of peak power at 10,000 rpm which equates to 18.62 PS. For reference, the current R15 v3 churns out 19.3 PS of max power at the same rpm – inferring a drop of nearly 0.7 PS in this transition.

Its dimensions will remain unchanged which, kind of hints, that there may not be any design changes to the already smashing looker apart from some colour/sticker mods! BS4 R15 weighs 142 kg kerb which includes full oil and fuel. The R15 BS6 is listed at a gross vehicle weight of 292 kg. Considering the maximum suggested payload of 150 kg, the kerb weight of the BS6 R15 is also expected to remain unchanged.

Now that the motorcycle is ready and has been approved, it is only a matter of an official announcement. But Yamaha will want to continue selling the existing model for as long as possible because the BS6 version will increase the landing price of the motorcycle by about 10-15 percent and has the potential to reduce sales.

So, if you are in the market for a motorcycle, you should be opting for one right now as not only will your R15 be more powerful but it will also cost about Rs 12,000-15,000 less on the ex-showroom price.

Yamaha Increases Prices of R15 & Other Bikes Ahead of Diwali