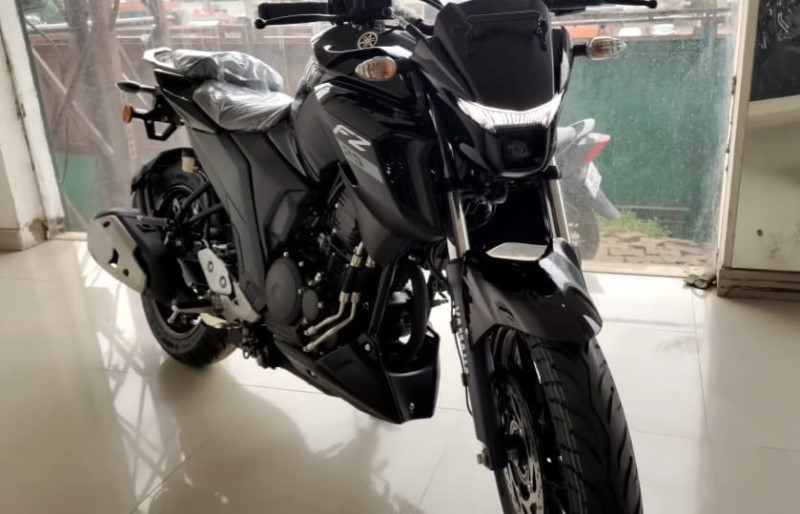 The 2020 FZ25 was announced in February this year. In addition, Yamaha also introduced a premium, funkier version FZS 25 at the same time – replicating its 150cc FZ story in the quarter liter segment as well.

However, COVID-19 led lockdowns delayed its launch and it was only towards the later part of last month that Yamaha could officially ship them in the market. The company announced that while the updated FZ25 would be available from 27 July, the new FZS 25 will come ‘later’.

In a latest update, the streetfighter has started reaching dealerships and it has been snapped in a walkaround video by a Youtuber MRD Vlogs. First up, the biggest change – its headlamp adds a lot of aggression to the looks of the bike. The always-on LED DRL has an edgy boomerang styling which gives it an angry look and the the main headlamp is a Class D Bi functional LED lamp which has both high and low beam – it appears to have been taken from the MT15’s books.

The engine specs have remained almost unchanged in this transition to BS6 whereas the motorcycle has received new features like side stand engine cut-off and multi-function negative LCD instrumentation apart from the existing features like dual channel ABS, engine underbelly cowl, etc.

In addition, the FZS has got additional, funkier colors apart from few other bits like a longer visor, knuckle guards, etc.

The quarter liter has received higher-than-expected price hike and it now costs Rs 1,52,100 ex-showroom Delhi, up from the 1.35 Lakh levels in BS4!