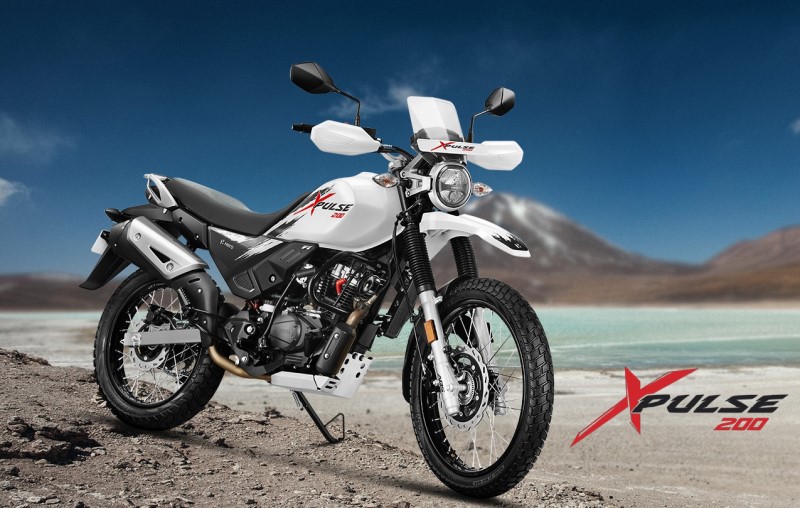 2020 Xpulse 200 BS6 specs and changes have been updated at the official website. However, we still await the prices of the new model…

Hero has already showcased the 2020 version of its most popular 200cc motorcycle Xpulse 200 at an event conducted in February 2020. Apart from becoming Bharat Stage 6 compliant, the adventure machine also gets a few other changes.

In a latest update, Hero MotoCorp has updated its website and the surprise is that all the other 200cc motorcycles have been dropped. Here is a story we did yesterday. On the other hand, details and pics of the Xpulse 200 BS6 have been updated revealing the specs of the motorcycle.

The 2020 Xpulse 200 now produces 17.8 bhp of peak power at 8500 rpm and 16.45 Nm of max torque at 6500 rpm from the same 199.6 cc 2 valve single cylinder engine. Hero has only retained the fuel injected model and the carburetted version has been discontinued from the lineup because of emission compliance.

Another big change is the introduction of an oil cooler similar to the Karizma ZMR and it is placed in front of the engine for better engine cooling. The older model was simply air cooled and did not have this provision. The exhaust pipe has been rerouted under the engine now to accommodate that larger catalytic converter. As a result, there are minor changes to the design of the exhaust canister as well. Moreover, the underbelly bash plate has also been modified because of the pipe.

No, Hero NOT to BUYBACK BS4 Vehicles from Dealers: Official

Despite this the ground clearance of the ADV has remained 220 mm. Because of all the added equipment, the weight of the motorcycle has increased to 157 kilos (from 154 kg of the older model). All the five colors – White, Matte Green, Matte Grey, Sports Red and Panther Black are available on the motorcycle. Prices of the 2020 Xpulse 200 have have not been revealed yet!