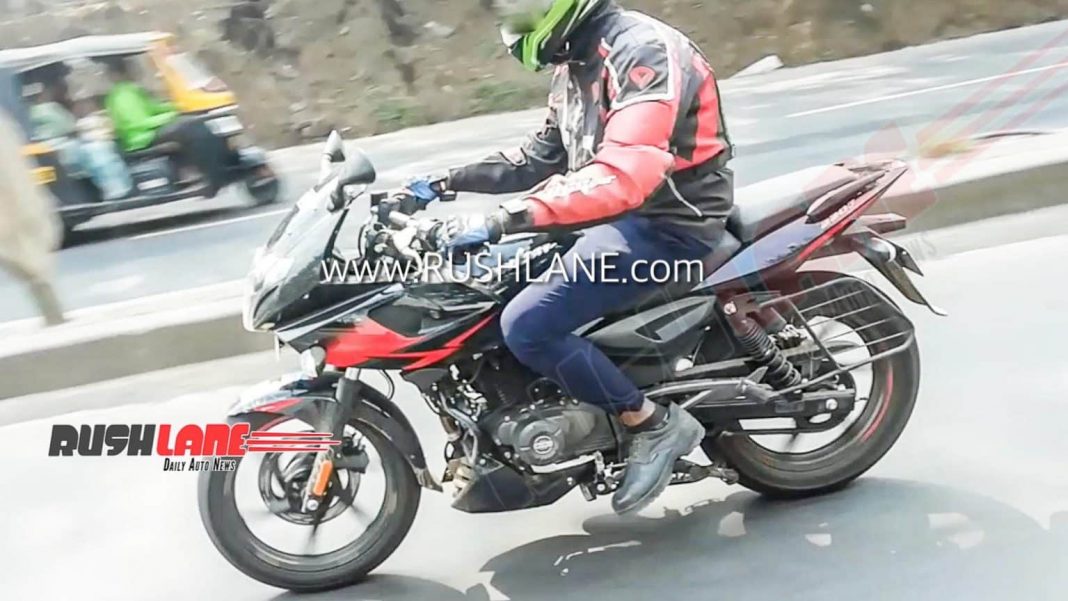 2020 Pulsar 220 BS6 pics have surfaced from around Pune. The motorcycle continues with its 13 year old styling…

Bajaj launched the Pulsar 220 with fuel injection back in 2007. However, it discontinued it soon after and introduced a cheaper version with a carburettor (and a hike in power) in 2009 – barely two years later. Ever since then, it has been doing fabulous numbers for Bajaj. Even after so many years, the demand just fails to subside and barring the Pulsar 150, it is still one of the largest selling Pulsars in the portfolio.

It was believed that Bajaj may take this BS6 transition to change the looks of how the older-generation Pulsars are styled but no, that’s not happening, going by this latest spotting of the semi-faired Pulsar! The Pulsar 220, which is basically a 13 year old design, continues to look the same. There may be a few different colours and sticker jobs on the production motorcycles when it gets launched.

After 11 years, Pulsar 220 will return to fuel injection which is set to escalate the cost. The motorcycle is also expected to get few new features in the process. The current Pulsar 220 is priced at Rs 1.08 Lakh – the BS6 version may get dearer by Rs 8000-12000.

With a carburettor, Pulsar 220 produces 20.93 PS of peak power at 8500 rpm and 18.55 Nm of max torque at 7000 rpm. How will these numbers change with the tighter emission norms is not known but fuel injection is set to make the power delivery crispier for sure. We expect the launch in the coming few weeks.