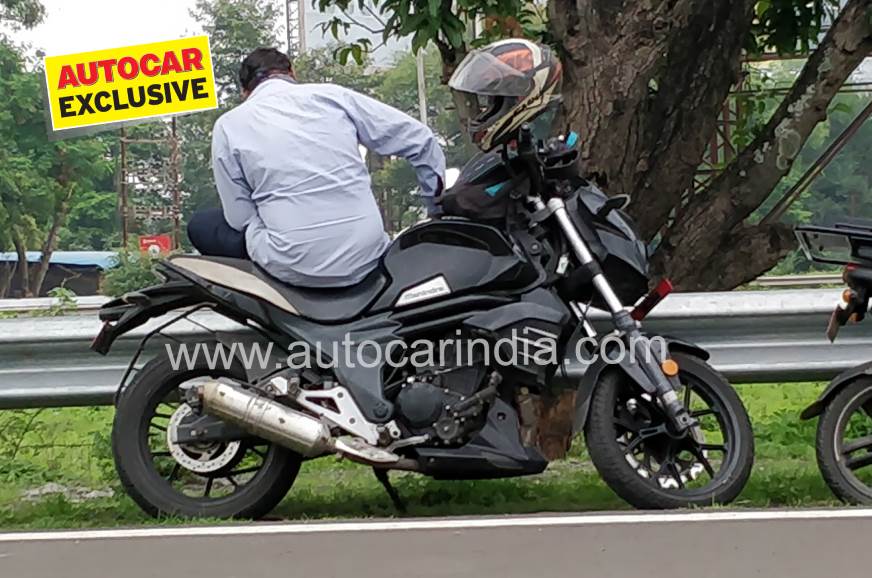 Expect 2020 Mojo BS6 launch anytime in the coming few weeks. Sibling Jawas have lost some power in this BS6 transition; will the Mojo follow suit…?

In an exclusive, we confirmed that Mahindra is working on upgrading its Mojo to the new, stricter, Bharat Stage 6 emission norms barely a few days back (here). And today we have the first spy pics of the upcoming model.

The 2020 Mojo in the spy pics looks absolutely identical to the 2019 model which means it gets the same conventional telescopic front suspension and there doesn’t appear to be the left side exhaust as well.

It was expected that Mahindra would change the like-it-or-hate-it headlamp design sometime during the life cycle of the tourer but at least this 2020 model appears to be continuing with the same/similar unit. In its last update, Mahindra ditched the LED DRLs to save costs.

From No Difference in BS4, Jawa is Now Charging Upto ₹5000 More for Popular Colors…

There would be tweaks to the engine as well as the exhaust system so that the new model complies with the new emission norms. What impact would it have on the power and torque figures is not known. For reference, the older model produced 26.29 PS of peak power and 28 Nm of max torque. Sibling motorcycles from Jawa have reported marginal drop in power in the BS6 transition. Check their specs here.

Perak Spotted: What is Jawa Testing at This Point? [Spy Pic]

With the introduction of the Dominar 250 (launched at 1.60 Lakh), it has become even more difficult for Mahindra to position the Mojo which costed around 1.88 Lakh even in its BS4 guise. Expect the motorcycle to be launched in the coming few weeks.