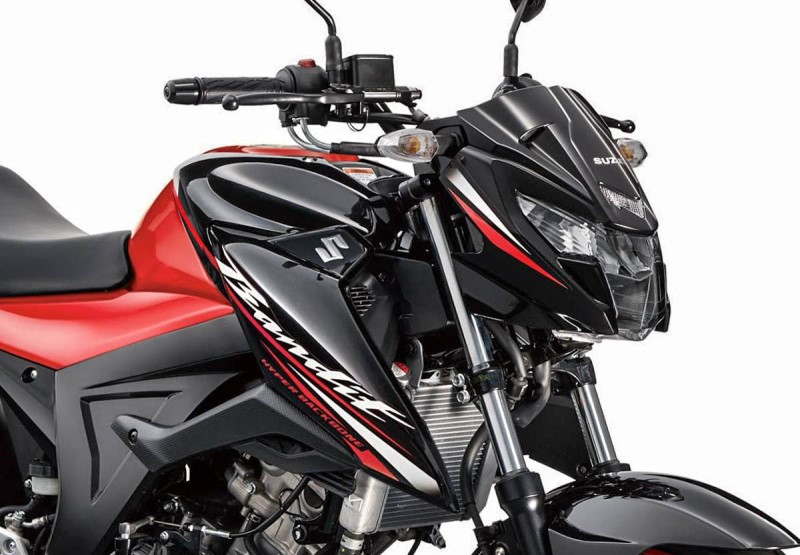 Suzuki also has an R15-like powerful, sportier engine that it sells in markets like Indonesia, Taiwan, etc. The 2020 Bandit 150 comes equipped with one..

In the 150cc class, we have mostly seen Yamaha’s motorcycles outperforming others – both on paper and on road. However, other Japs also make rivaling motorcycles. Once such case is the Suzuki Bandit 150.

Suzuki has launched the new 2020 Bandit 150 in Taiwan. This Indonesia-spec motorcycle comes with a powerful 147 cc, single-cylinder engine which produces 19.2 PS of power and around 14 Nm of max torque. Like the R15 or the MT15, the engine is liquid cooled and in addition, it comes with a dual overhead camshaft (DOHC) whereas the Yamaha’s motor is still SOHC (single overhead camshaft).

However, despite a sporty engine, the motorcycle gets commuter-ish styling, when compared with the MT15. The Bandit gets conventional telescopic forks at the front and a mono-shock unit at the read that has been sourced from Showa. Braking duties are handled by a 290 mm petal disc at the front, and a 187 mm disc at the rear.

In terms of features, the motorcycle gets a long and stepped single-seat, LED headlamp and tail light, and a fully-digital instrument cluster. It also gets hazard lamps as standard, which is a nice touch. It is priced at 120,000 Yuan which equates to roughly 3.07 Lakh in INR.

The 2020 version is offered in three colors red, black, and grey. However, chances of this motor coming to our market are very bleak as Suzuki already sells the India-spec 150cc Gixxers with a 155cc, 13.6 PS engine. In April, Suzuki launched the 2020 GSX-R150 in this market (details here). This sporty, fully faired 150cc GSX could be considered as a direct rival against the R15 and comes with the same motor.