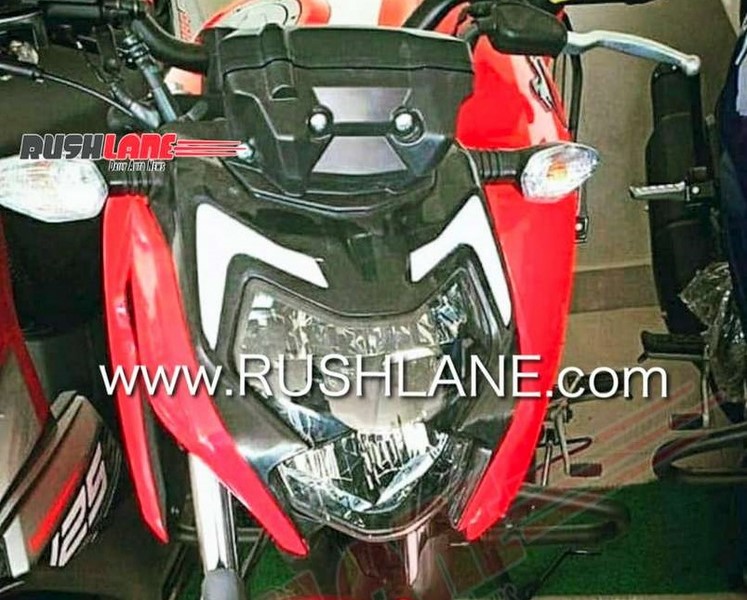 Everyone, including TVS, is busy testing their updated product lineup. The latest to go under the lens is the new 2020 Apache 160 4V. The motorcycle has been spotted in two different instances – one reveals the new headlamp completely (credit – Rushlane) and the other pics are taken near TVS’ factory in Hosur (credit – Cartoq).

The new headlamp gets funkier and sports stretched side extensions. It also gets weird white coloured dummy DRLs. The headlamp appears to be split like the Honda Hornet 160R’s unit and either both or one of the part is expected to sport LEDs and all-time on bulbs (most probably the lower part based on an earlier spotting).

The headlamp also looks a little larger than the existing unit and continues with the exposed instrument cluster which has changed a wee bit of its design. This may hint at some add-ons or differences in the cluster (it remains all digital).

The side blinkers now protrude from the top of the headlamp on either sides and that orange tinge hints at the possibility of them continuing with conventional bulbs (rather than LEDs).

In the other pic, the motorcycle is draped in minor camouflage but looks quite close to production. Apart from the new headlamp not much appears to have changed in the design department.

This new 2020 Apache 160 is surely getting the BS VI certified engine – either at launch or a little later. If TVS plans to introduce this very soon, they may continue with the current engine (so that the hike in price is minimal during the festive season) and can introduce the BSVI motor anytime between January and March, ahead of its mandate from 1st April 2020! Or they may straightaway give its the more regulated motor…