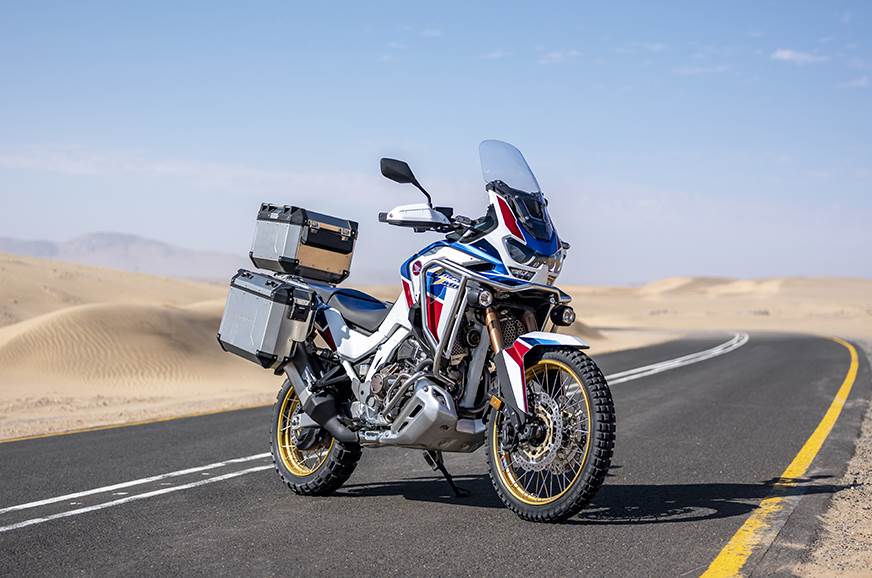 2020 Africa Twin launch scheduled for tomorrow – get ready for mud-slinging action! The new motorcycle is more exciting than before…

At EICMA 2019, Honda officially unveiled its new Africa Twin and the Indian arm announced its launch in the domestic market ‘soon’. That ‘soon’ has arrived and Honda has announced that the 2020 Africa Twin will be launched in India on March 5 ie tomorrow.

The 2020 Africa Twin has got bigger with this year’s update. It ditches the older Euro 4 compliant 998cc motor and now gets a larger 1084cc, parallel twin, fuel injected, liquid cooled motor. The new engine is Euro 5/Bharat Stage 6 compliant.

There is a significant improvement in outright specs and the new Africa Twin now produces 101 bhp of peak power at 7500 rpm and 107 Nm of max torque at 6000 rpm. For reference, the 2019 ADV churned 88 horses and 93 Nm. It continues to be offered with the manual and dual clutch transmission (DCT) options. Like the older version, the new Africa Twin will be available in standard as well as Adventure Sports options.