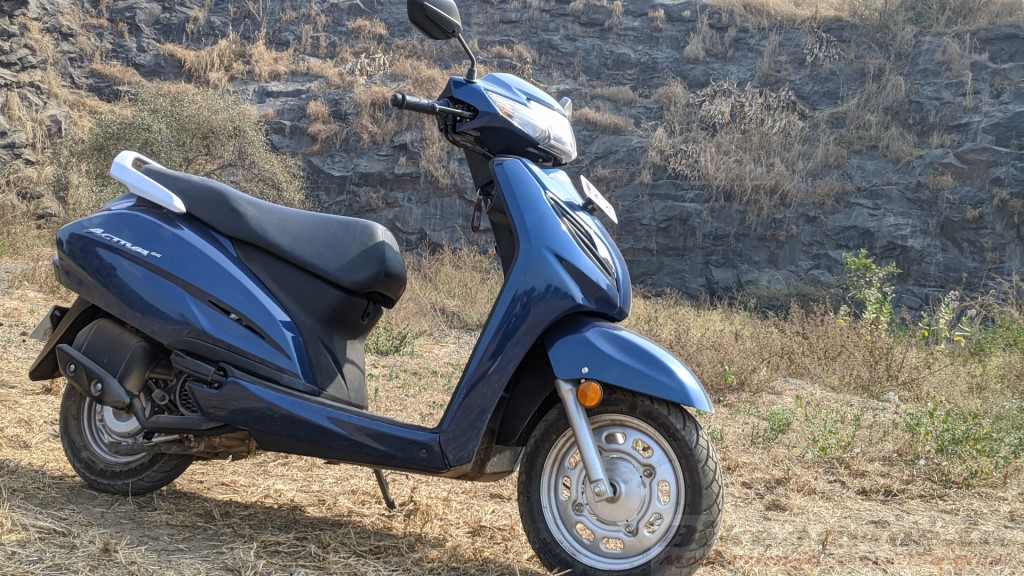 In 2001 when the scooter market was dying, a humble ungeared scoot was launched, which nobody thought would become a sensation in the years to come. Activa is nothing short of a revolution as it, single-handedly brought Honda into the reckoning as a standalone company in India. It brought the scooter market back into the fray and today it is not just India’s largest selling scooter but it is one of the top two biggest selling two-wheelers in India!

It was not that Activa was a 2-lakh unit per month seller from day 1; in fact, it reached 50,000 monthly sales in 2009 – around the same time when Honda deployed a new 110cc engine, up from the older 102cc motor. It was in 2013, 12 years later, that Activa started doing 1 Lakh units a month. And in the last 3-4 years, the scooter has broken all records and is doing close to 2.5 Lakh units every single month! You will understand the magnitude of its scale and popularity when I will tell you that the second largest selling scooter in the country does 70-90k units, at max!

This makes every little thing Honda does on it very important. But this time, Honda has gone the whole hog and completely changed the metal bodied scooter – yes Activa 6G is an all-new product unlike its older generations which were mostly small nip and tucks and/or new colour editions.

Honda invited BikeAdvice to test out the scooter in Mumbai – a city where I would simply pay someone to get me out of the road mayhem! But it chose a nice hotel out in the suburbs of the mega-city and gave us the sparkling new Activa 6G to take it to wherever I would like – except that it was to be returned too 😀

At first glance there was this feeling that I have seen this design a million times and that is precisely what Honda intends to incorporate – this familiarity and a sense that anyone can identify the scooter. It is a family scooter promoted without a lot of flashy flanks and its understated styling gives you an assurance that it will carry you from one place to another, without breaking a sweat, for a zillion of years!

On closer inspection, and quite surprisingly you will note that most of the body panels are new or have gone through changes. As compared to Activa 5G, the complete front has transformed into a sleeker looker. This design language goes to the side panels as well while the tail appears to have been inspired from the new Activa 125. This new blue colour you see on your screen is the newest addition to the colour palette.

However, underneath almost everything is completely new, including that lighter frame, engine and many other such bits. Although that older 109.19 cc engine of the Activa 5G was a gem, Honda decided to develop and deploy a new motor which has a similar capacity. The idea, they said, was to refresh their production and bring about many minor pending ‘best-practice’ changes. I believe it also has to do with scalability in the future.

The new engine, like we have known Activas for, for so long, is brilliant in terms of refinement and it also now gets fuel injection to make things crispier. However, I personally believe the older engine would probably have been even more refined with this fuel injector (and the requisite changes that have gone on the new engine).

In terms of outright performance, Activa 6G is just about decent in the way it picks pace. There is no urgency and the acceleration could be best called as ‘adequate‘. Power delivery is linear and there are no tantrums/jerks anywhere in the rev range. There is a minor drop in power and torque numbers and though I do not have any comparative numbers, but the Activa 5G would probably be slightly quicker or it would match the Activa 6G, as I feel.

On the longer, open roads, the engine goes out of breath and speed increment after 70-75 kph takes a lot of time. I could barely cross 80 kph even on the very open roads of Mumbhra. But refinement levels do not drop anywhere in the range and it is evidently clear that Honda has mastered this art!

This is the biggest improvement in the scooter. The new Activa, after almost two decades has received telescopic suspension at the front and a hydraulic spring at the rear which is a 3-step adjustable unit. This has brought in massive changes to how the scooter rides. I divided my test run in three parts and it included many kilometers in potholed filled roads and kuchcha terrains.

Obviously, you can not expect motorcycle-like cushioning from a 12 inch tyred scooter but there is a world of difference the new suspension has made to the overall ride quality of the new Activa 6G. Apart from offering much better shock absorption, it feels more planted and offers higher assurance on all type of surfaces. The elongated wheelbase further adds to the overall straightline poise of the market leader. This also makes me question where were these telescopics till now Honda when even the smallest (and cheaper) of scooties had them?

Other Worth Mentioning Bits

Honda has developed a new engine start system which eliminates the use of the conventional starter motor. In place is an ACG motor wherein the piston takes a running start and comes to life using lesser power. There are no gear meshing noises as well. Here is a quick video to show how it works..

Honda claims that the new Activa 6G is 10 percent more fuel efficient than before. We couldn’t test the scoot for Honda’s claims as we had it for around 4-5 hours only. But going by the fuel gauge’s readings, it appeared to be good for a range of 220-240 kms from that 5.3 liter fuel tank in my kind of test runs.

Talking about this aspect, the new Activa 6G now gets external fuel filling mechanism – there is a lid at the rear which opens up with the press of a button near the keyhole. This will be an extremely useful feature, specially for ladies and elderly who do not like getting off their scooters while refueling. It is a proper, logically thought out unit, unlike the one on the new Suzuki Access.

The new Activa has also improved on various other utility parameters – like it is 8 mm higher in ground clearance and can absorb bumps better. Activa was already pretty good in terms of leg space and the new one further gets an increase of 23 mm. This will mean you can carry bigger/more stuff at the front – a trait which is increasingly making scooters more preferred in urban usages than motorcycles.

There are no disc brakes on this scooter and both the tyres get 130 mm drums which take a lot of time to bring the scooter to a halt. Even the feel and the feedback is not reassuring. Yes, this also means that the difference between the STD and DLX variants is just the LED headlamps (but the good thing is that even the STD gets a DC setup).

Quite frankly, despite its insane sales numbers, the fact remains that Activa was NOT the best scooter in town till now. But in its sixth generation – probably the biggest change ever – it has become extremely striking – as Honda has plugged a lot of gaps which were wide open till now.

The new Activa now rides better, is more fuel efficient, has got an extremely refined engine, durability is a given – what else would one want?

However, it is the pricing that I am not very likeful of. From the 5G to 6G, Activa has received a hike of roughly Rs 7500 which is an increment of about 13-14 percent. Though, when we look at the comprehensive changes Honda has brought about, this increment, kind of, justifies the extra money the company is charging, but the problem is that it ventures into the 125cc scooter category while at it.

For reference, you can get the Hero Destini 125 or the TVS Ntorq 125 or even the segment best seller Suzuki Access at around the price of the Activa 6G DLX.

But still, if you are content with the power of 100-110cc scooters, Activa 6G makes a very, very strong case for itself!