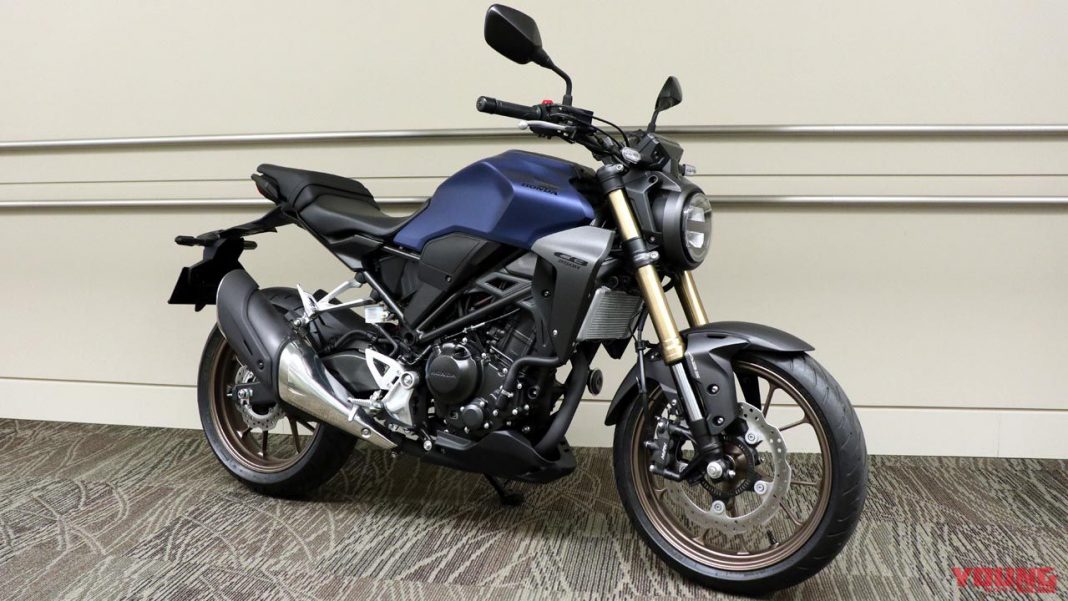 2019 CB250R pics have surfaced suggesting similar changes for the new CB300R since they are treated as similar motorcycles by Honda.

Honda seems to be preparing an updated version of its CB250R/CB300R. According to a latest update at Young Machine, the updated motorcycle was showcased at some business event (may be to Honda’s dealers).

As per them, the two noticeable cosmetic changes are..

There may be some changes to the rear suspension as well.

This is a pic depicting the new footpeg. Notice that the current version is equipped with a rubberised footrest. They add that the seat height has not been altered. The 2019 CB300R/CB250R is expected to be launched sometime next month.

We checked the CB300R’s UK page and it also mentions the ‘2019 version’, however the link is dead and does not work! We have already compared the specs of the UK-spec CB300R and the Indian model and have listed the six differences here.

Among other bits, India does NOT get the grey-black colour which is on offer in UK. Now, the complete list of changes of the 2019 CB300R is not known but it appears that Honda showcased the older/existing version in India at its launch event, going by the rubberised footpeg.

They have promised deliveries this month and it will be interesting to know when and if India will get the 2019 version. As for now Honda India is importing the motorcycle from some country in CKD (completely knocked down) kits. It is being sold at 2.41 Lakhs ex-showroom and according to the company they have received an impressive initial response to the motorcycle and they are sold out for the coming three months.

Apart from the CB300R, Honda has also opened bookings for the new CBR 650R in India.