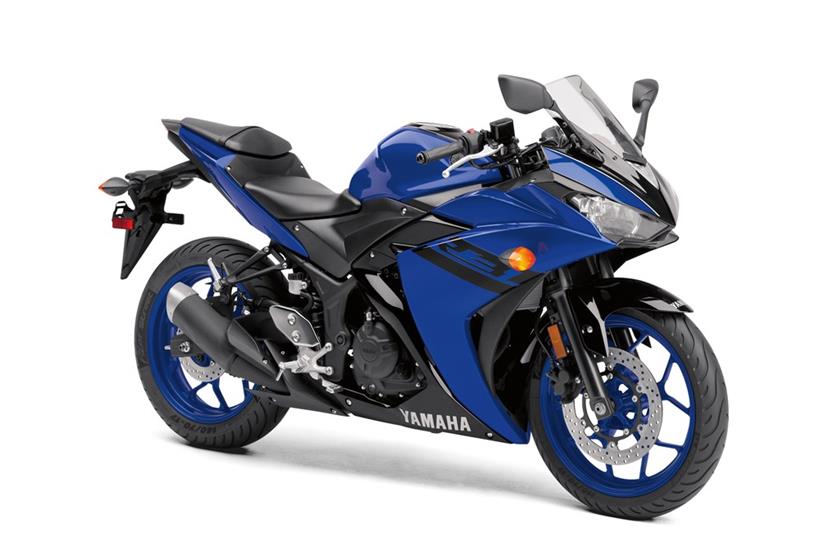 Yamaha discontinued the R3 in India because of the enforcement of upgraded emission norms from 1st April 2017. Yamaha’s Indian subsidiary sources CKD (Completely Knocked Down) kits of the sports motorcycle from Thailand and hence, the base manufacturer has to upgrade its manufacturing to share an updated motorcycle for our market.

Meanwhile, Roy Kurian, Vice President (Sales & Marketing), Yamaha India, in a word with us at the Fazer 250’s launch, revealed that they will relaunch the R3 in India ‘soon’ (more details). Amidst all this, some test mules of R3 without any visible cosmetic changes were spotted in Indonesia. And now the 2018 R3 for the international markets has been unveiled.

Cosmetically, it remains identical to the older version but gets three new colours –

It continues with the same 321 cc inline twin cylinder liquid cooled, fuel injected engine which produces 42 PS of peak power at 10750 rpm and 29.6 Nm of maximum torque at 9000 rpm. A 6-speed gearbox does duty.

In all probability, this updated Euro 4 compliant motorcycle is what we will also get here. And considering that not much has changed at least in the looks department, we will get to know what was Yamaha testing on it, closer to its Indian introduction.

We also hope Yamaha will offer the motorcycle with ABS this time, to better fight out the new entrant Benelli 302R (which gets ABS as standard) and the non-ABS Ninja 300 (which is expected to give way to either the new Ninja 250 or the bigger Ninja 400, or both in the coming few months).

Yamaha is expected to unveil the 2018 R3 in India at the upcoming Auto Expo on the 7th or 8th of February. However, considering that Thailand still sells the older model of the motorcycle, Indian introduction may be a little later in the year.

If Yamaha intends to sell a non-ABS variant as well, they will have to launch the motorcycle before April 2018. Apart from all this, Yamaha is highly likely to launch the R15 V3 for our domestic market alongside the R3.