KTM lent Duke 390 extensive changes in its new-generation model launched last year. These changes percolated onto the Duke 250 as well which was introduced for the Indian audience, again last year. In order to meet new emission norms, these models were also equipped with side canisters, a deviation from the underbelly exhaust of the older models.

However, they carried over the smaller Duke 200 unchanged and it still continues with an underbelly exhaust and the design theme of the older-gen Duke models. In a latest update, KTM has showcased the 2018 Duke 200 with the ‘original‘ side muffler at the Indonesia International Motor Show 2018 (IIMS) which appears to be lifted from the Duke 250. The new side canister is expected to alter the torque delivery of the motorcycle along with its exhaust note. 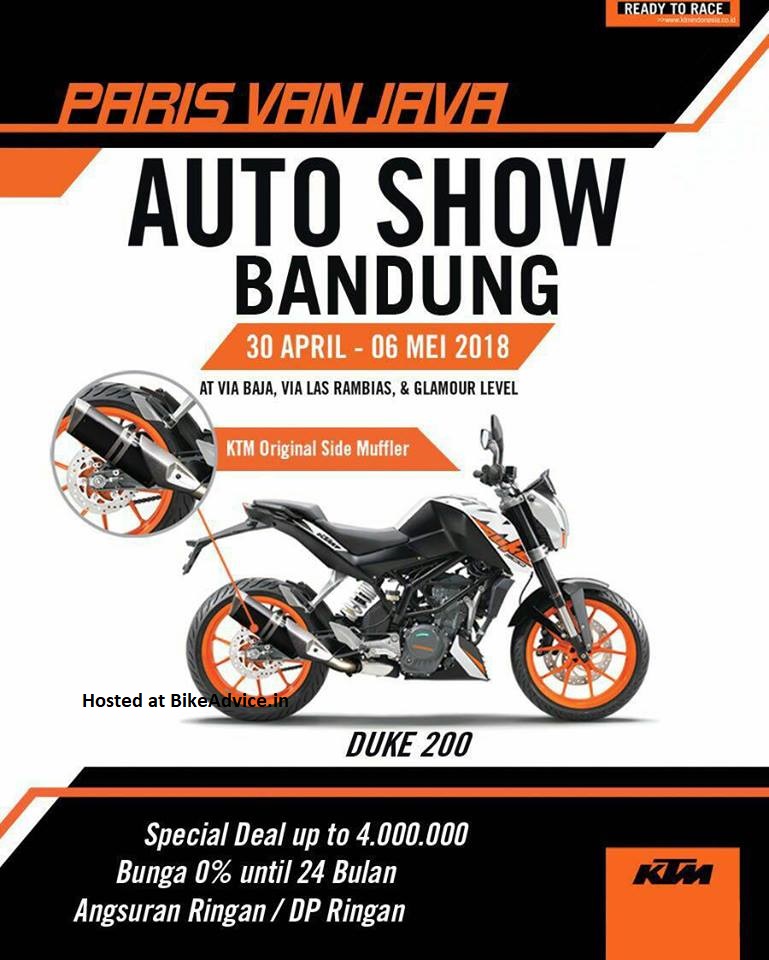 Reportedly, KTM was/is also offering test rides at the show to let prospect buyers experience the ‘change’ in behaviour of the motorcycle. There appear to be no other changes to the specs of the motorcycle and the chassis also has been left untouched.

Back on the Indian website, KTM has listed the 2018 Duke 200, however, it continues with the underbelly exhaust like the older iteration. Specs of the Indonesia-spec Duke 200 and Indian version match up, however, for some reason it weighs 129.5 kg there and 134 kg here – both dry numbers!

Fast fact – Indonesian Duke 250 gets ABS whereas the Indian version doesn’t have it, even as an option!

KTM is also running various offers on its motorcycles at IIMS 2018 like discounts of Rp 3 Jt plus Original side muffler on the Duke 200, flat discount or an option of Dainese jacket on RC200.