It was in the air for quite sometime that Kawasaki is preparing a sub-200 cc version of their Estrella motorcycle and finally the retro motorcycle has been launched in Indonesia.

W175, as it is called as, is a retro classic motorcycle and most of the design has been lifted from the bigger W250. This Estrella 250 (W250) was also imported by Kawasaki India last year for R&D purposes but ever since then we have not heard anything regarding an Indian introduction (more details). 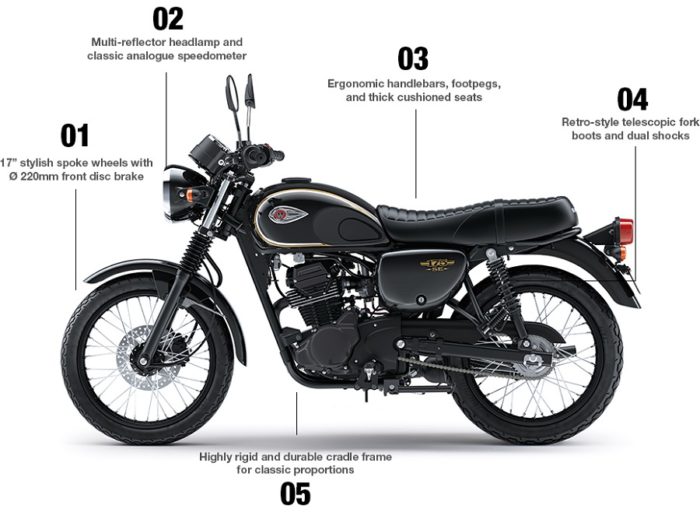 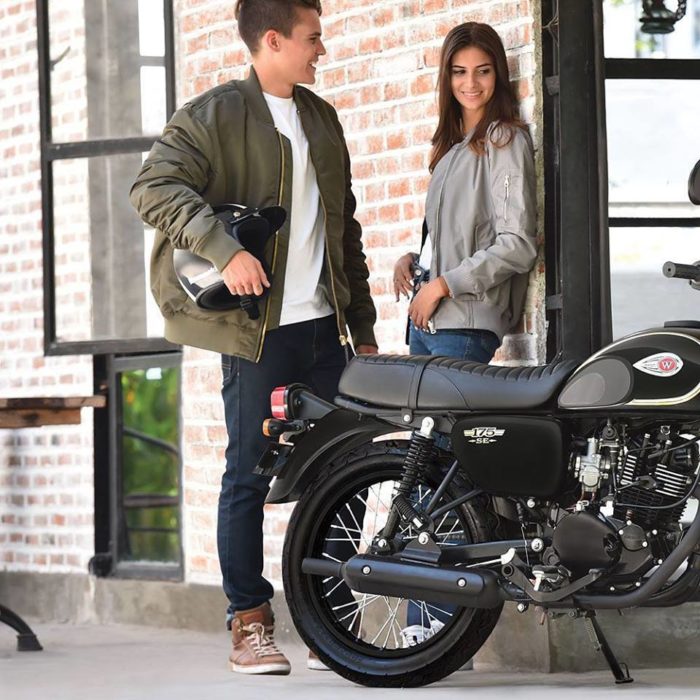 This translates to about 1.42 Lakhs in INR and is remarkable considering the fact that the elder Estrella costs 72,600,000 IDR in Indonesia which is about 3.50 Lakh in INR according to the official website.

Possibilities are very low since Kawasaki doesn’t even sell the bigger 250 here. And the pricing seems to be too high for anything of this form. But now that every maker is after Royal Enfield’s market, if and when, they (Kawasaki) can locally produce such models we can have a real battle of retro-machines. However, what Kawasaki is keen to introduce in India is this 300 cc ADV for now!