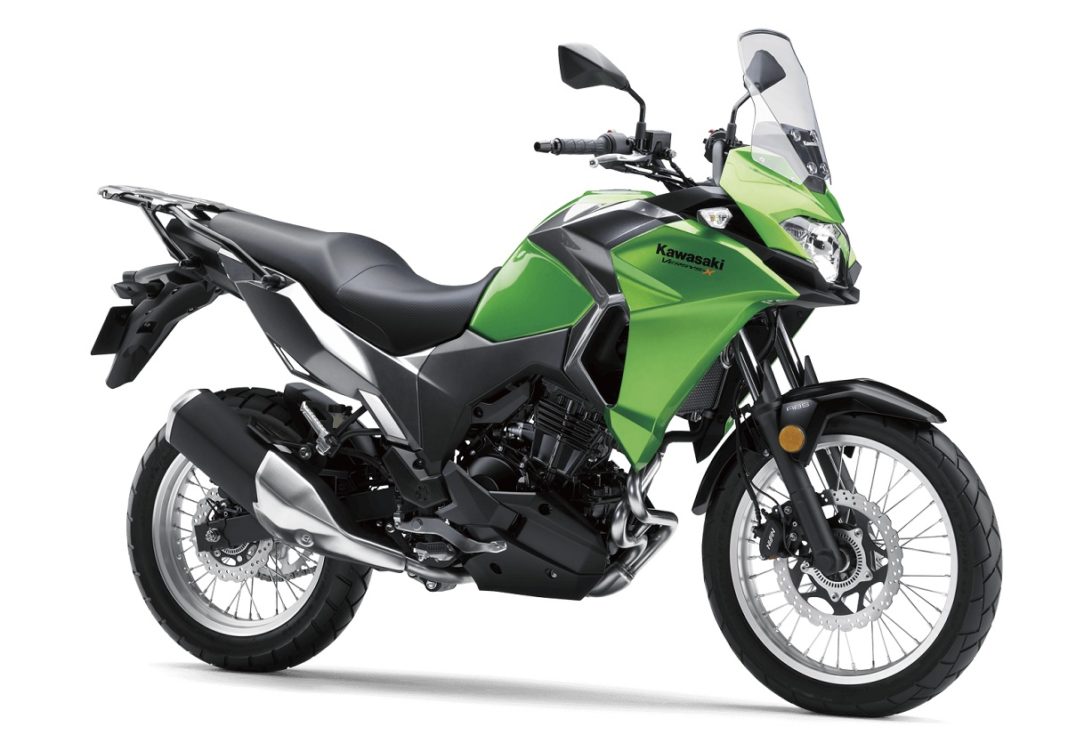 Versys X300 Indian launch very much on the cards…

Kawasaki’s long awaited small Versys range was unveiled last year at EICMA. As is the case with its other siblings, it is available in both 250 cc and 300 cc forms – sharing engines from the Ninja (250 and 300) siblings.

Indonesia has already received the smaller Versys X250 many months back and it was launched there at 61.9 million IDR (now increased) which equates to about 3.14 Lakhs in INR. There are two versions on sale – X250 city and X250 Tourer (price 72.7 million IDR). The tourer version comes with added accessories for ease in adventure touring (pic below). The 250 cc engine borrowed from Ninja 250 is mated to a 6-speed gearbox. The motorcycle comes with a 17 liter fuel tank and 41 mm telescopic front forks.

The City variant comes in green and black/grey colour options whereas the Tourer is replaced by the red/orange (instead of grey).

The bigger Versys X300 is what will come to India and a new report at Autocar Pro quotes one of its sources who says that Kawasaki is ‘keen’ to launch Versys X300 in India sometime this year. According to an earlier report, it is expected to be launched here during the fourth quarter of this financial year.

We already have the mid-sized Versys 650 in India which was introduced in December 2015. Kawasaki imports and currently assembles their 300 and 650 cc motorcycles in India as CKDs and in all probability, the Versys X300 will follow suit, whenever it comes.

According to Autocar, the adventure tourer could be priced at around Rs 4 lakhs ex-showroom. Ninja 250 (IDR 59.8 million) costs less than the Versys X250 (IDR 62.3 million) in Indonesia. This leads us to believe that the Versys X300 may be priced slightly higher than the Ninja 300, at levels currently estimated by Autocar.