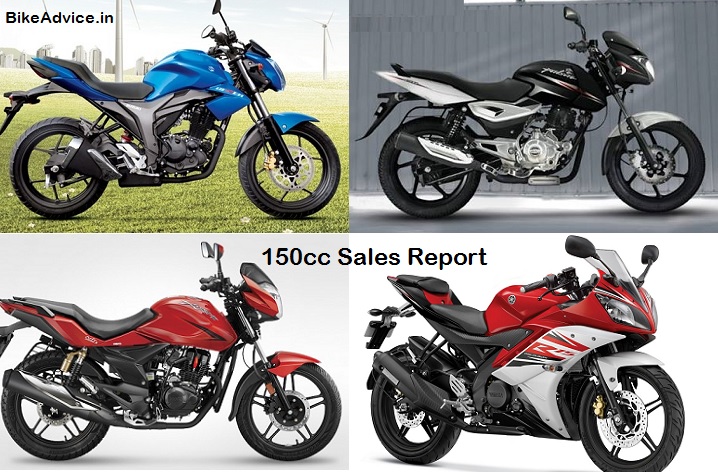 150cc, a few years back, was considered as a performance segment in India which was started by CBZ back in 1999 and later on taken over by Bajaj’s Pulsars. However, with the advent of much more powerful machines, this segment is now an optimum of power and mileage and can be sub divided into entry level offerings like Discover 150 twins, Yamaha’s SZs, Achievers etc, mainstream models like Pulsar, FZ, Apache and performance oriented ones like the R15 and CBR150R. 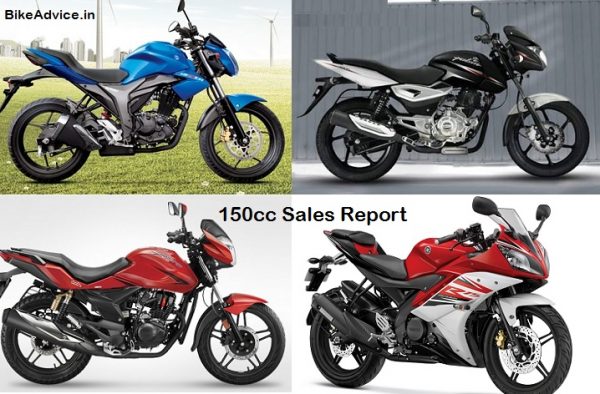 We have always heard that Bajaj rules this segment but by how much and what sales are other motorcycles garnering…? Here we answer all your questions and list the Oct 2014 domestic sales of all 150cc motorcycles in India.

Pulsar is still the largest selling 150cc in India

Yes, we know this is the single biggest question you will have after reading till here. However, TVS figures we have in hand comprise of Apache RTR 160 and 180 together and hence we have NOT included them in this list. Both Apaches combined managed 16,462 units in Oct 2014 which is in the same ballpark as Oct 13.

However, cumulative sales from April to October 2014, at 1,12,096 are significantly better than 81,898 units sold during the same period last year.

So, we believe TVS in this segment with their Apache RTR 160 will lie somewhere just under Honda as the fourth largest seller.

Now you know what sells and which one leads the other by how much. 🙂