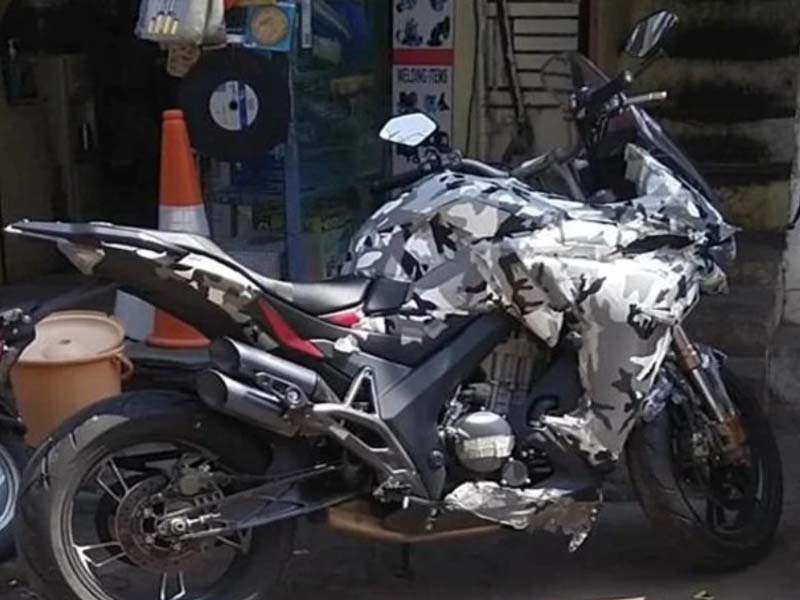 Chinese automaker Zontes is working on a sub 400cc motorcycle in the sports-tourer segment. This bike goes by the name Zontes 310X and the surprise is that it may soon be seen on the Indian roads.

A spyshot has been posted by Zigwheels with incomplete details but there are hints that the motorcycle has been spotted on our soil. Zontes has its presence in Europe and Asia and this suggests that it will foray in India in the near future.

In India, MotoRoyale is being touted as the distribution partner for Zontes Motorcycles. The former had previously been associated with MV Agusta, FB Mondial, and SWM.

The Zontes 310X looks an interesting machine and quite big for its displacement. Also, the sports tourer packs some high-end features on it.

The Zontes 310X gets an electronically adjustable windshield. Also, it has keyless ignition which no bike in this segment gets. This bike also comes with a TFT instrument panel with Bluetooth connectivity support and USB charging ports.

The Zontes Sports tourer has a 312cc liquid-cooled single-cylinder engine at its heart which comes mated to a six-speed gearbox. The bike can deliver a maximum power of 34 PS and a peak torque of 35 Nm.

The Zontes 310X gets telescopic fork at the front and a mono-shock at the rear. For braking, 310X is equipped with disc brakes on both front and rear tyres aided with dual-channel ABS.