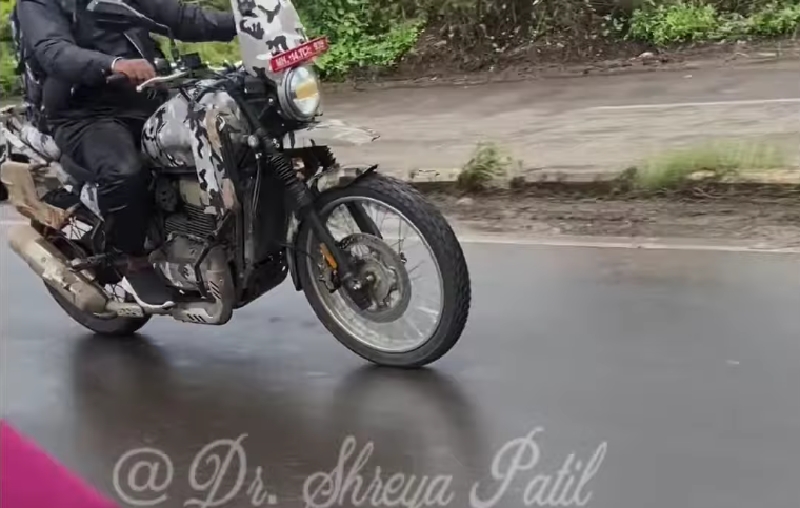 Fresh spy video suggests a Yezdi ADV mule under tests around Pune. If it is one, this is its first ever spotting and an interesting one, that is!

Top officials of Classic Legends have confirmed that Yezdi will debut this year and there are all the makings of a near Diwali introduction.

But wait a minute..! What has the company been caught testing? An ADV? Yes, that is what it appears to be.

Someone has posted a video on Youtube of two motorcycles that were caught testing on the Mumbai-Pune highway. One of them, the scrambler type, is a Yezdi mule as we have seen it earlier. However, it is the other one – an ADV – that is more interesting.

Considering that it has been snapped alongside a Yezdi prototype, it is believed to be a Classic Legends’ upcoming motorcycle. And since it is near Pune, it further cements the belief.

Upon first look, it appears that Classic Legends is copy pasting Royal Enfield’s Himalayan. It has got a striking similarity with a round headlamp, tall design, spoke wheels, front visor, side panels and the overall silhouette. It even has a Himalayan typical exoskeleton-like structure around the tank.

It is the tail section that appears to be different, however, it seems to be carrying dummy parts. Another bit that we notice is that digital console.

Now, if Classic Legends actually goes ahead with this ADV model it will definitely be accused of almost copy pasting Himalayan’s design. However, to prevent this I believe final production version will be different – it should be!

Engine and all other details are likely to be revealed later, but this is a very exciting development and India will definitely love another mid-sized ADV…