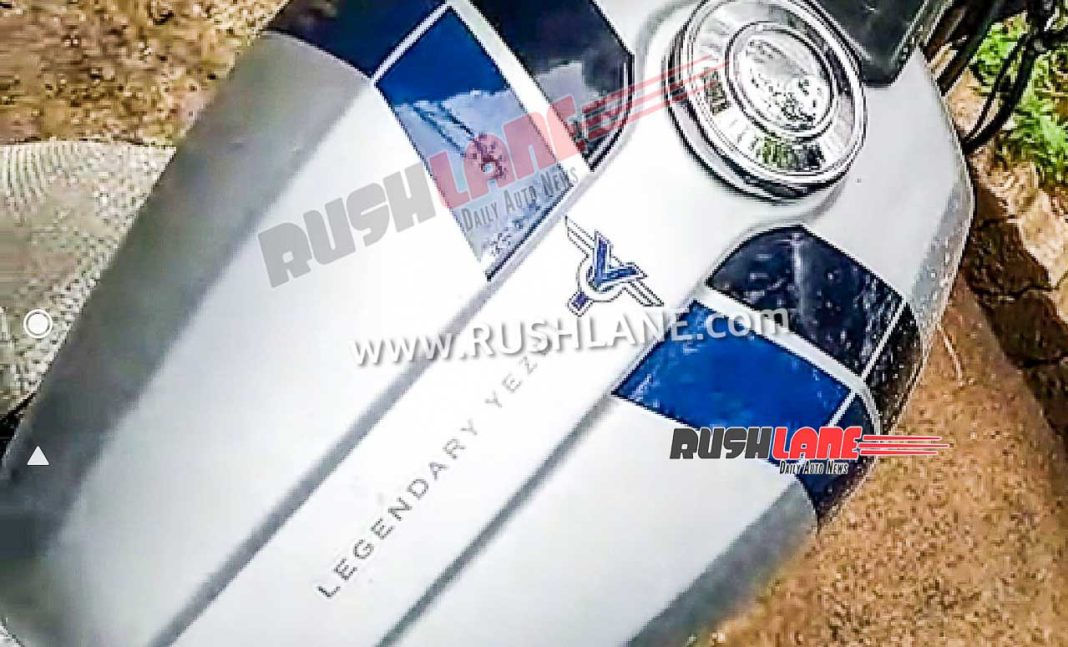 Few weeks back, spy pics of a camouflaged motorcycle that looked very similar to the Himalayan surfaced with rumors of it being from Yezdi.

And now we have the final confirmation that this motorcycle will indeed be sold under the Yezdi’s moniker. Pics of a white colored motorcycle have surfaced that is partially covered with bubble wrap.

However, the ‘Yezdi logo on the tank and ‘Legendary Yezdi’ moniker are clearly visible. This is for the first time we are seeing the Yezdi brand after resurrection.

There are speculations that Yezdis will be powered by the bigger 334cc, single cylinder engine that does duty on the Perak in Jawa’s portfolio. On the bobber it produces 30.64 PS of peak power and 32.74 Nm of max torque. But it will definitely be tuned differently on the ADV for the new application.

SPIED: Mysterious Cruiser Spotted; Is That an Upcoming Jawa or Yezdi?

The motorcycle looks like a production model that has been snapped at some shipping location. The name is still a mystery but looking at the completeness of the product, we believe we are just days away from official introduction.

However, Classic Legends will find it difficult to convince people why it choose to almost copy the Royal Enfield Himalayan. Instead, it could have made a slightly different design!