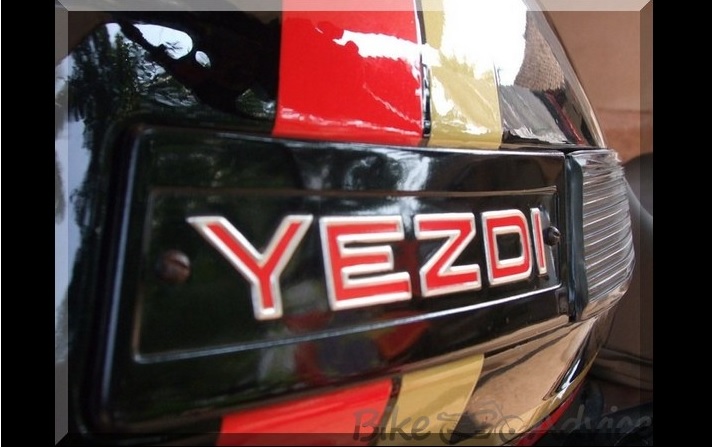 New speculative bit talks about Jawa’s engine details. And that has left us a little confused. We talk about it…

We have already seen the spy shots of two upcoming bikes from Yezdi doing test runs. Though the word on street says that there may be three motorcycles that Yezdi motorcycles will launch in India in the upcoming festive seasons.

From the spy pics we can decipher that one of the upcoming bike is a scrambler-styled motorcycle that was first spotted doing test runs earlier this year.

There is another bike, an adventure tourer from Yezdi that may compete in the market with the Royal Enfield Himalayan. In fact, from the spy pics it appears that Yezdi has copy pasted the Himalayan’s design on the prototype.

The spy shots of the bike reveal a tall setup, larger wind visor, wider handlebar, big front wheel, split seat design, and dual front fender design. And then, there could be another model.

But the bigger bit, according to Autocar, is that the upcoming Yezdis may get power from the higher-spec 334cc engine that Classic Legends uses on the Perak. The Jawa and 42 use the 292cc motor.

On the Perak, this motor produces 30.64 PS of power and 32.74 Nm of torque. The Yezdi ADV gets a single exhaust but we are not sure whether it’s a twin-pipe molding into one exhaust outlet. Sibling Jawa comprises dual exhaust ports.

There are speculations of a third bike from Yezdi which could be a roadster.

So, where does this leave us. In the earlier era, Yezdi branded motorcycles were placed under their respective Jawas. However, if the new-age Yezdis will get the bigger engine, will there be a placement reversal?

Yezdi will debut around Diwali and there are chances that it could open with more than one model. This is getting interesting…