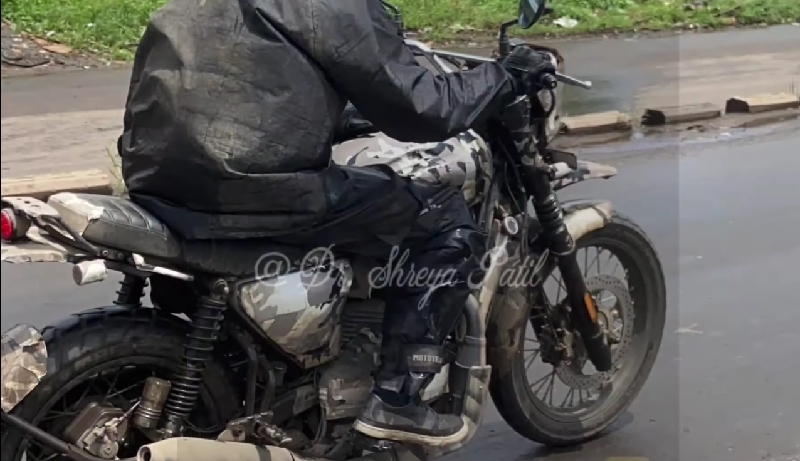 Yezdi Roadking launch can be expected in the coming months. This bike is expected to resurrect the nostalgic brand in India…

Classic Legends, which owns the Jawa, Yezdi and BSA brands, is working on resurrecting its next moniker – Yezdi – after settling down with ‘Jawa’. The Mahindra-owned manufacturer has announced a near festive season debut and this is what could be its first motorcycle for our market.

The name of this mule is not known yet but it has been spotted testing earlier as well. Since the company has filed for patent of the name Roadking, it is believed to go to this very bike – a strategy that it adopted with the Jawa brand as well.

Unlike the existing motorcycles in the portfolio, the Yezdi Roadking (if it will be called by that name) will be more of a scrambler-ish model. This would allow the company to touch upon a relatively newer customer base.

This mule is running with a simple rounded design theme with raised handlebars and block pattern tyres. There is a front beak as well to add to that rugged look. Chances are that this model will also carry the same 292cc engine from the Jawa. Power and torque outputs could be different – catering to its new application.

The rear section does not appear to be complete and may get some parts in the production version.

In earlier times Yezdi branded motorcycles were placed slightly under Jawa. What strategy does the company adopt this time is not known.

However, a more interesting, mysterious test mule has been spotted testing along with this. Check it out here…