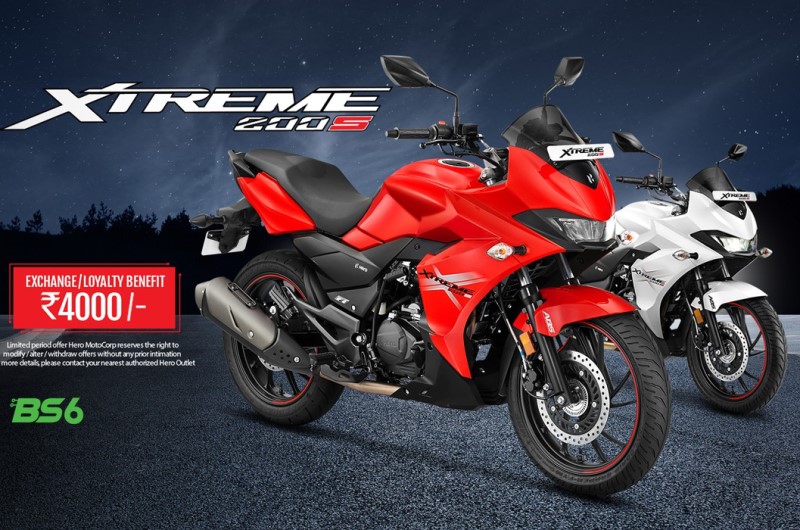 After a little delay, Hero officially announced the launch of the new Xtreme 200S just last month. Apart from the mandatory Bharat Stage 6 compliance, the model received few other changes as well. The biggest among them was the introduction of an oil-cooler very similar to the sibling Xpulse 200.

In a latest update, Hero has announced year-end offers on its faired sportster. According to a banner on the official website, you can get benefits of ₹4000 on the model. These can be availed as exchange or loyalty bonus. That means you can get discounts of ₹4000 when you exchange any other model or if you are an existing Hero customer.

Hero has shared that this is a limited period offer, however, it hasn’t specified any end date. Chances are that this could be a year-end discount to push stocks as people prefer deferring new purchases to the new year.

The motorcycle is available at an ex-showroom Delhi price of ₹1,15,714 – which is pretty reasonable in itself as other 200ccs are available at higher price tags of around or over ₹1.30 Lakh.

Hero ‘XTEC’ Name Registered; What is IT…?

In its latest update, the 2020 Xtreme 200S has also received a fresher white color which increases the color chart to three shades (white, red and black).