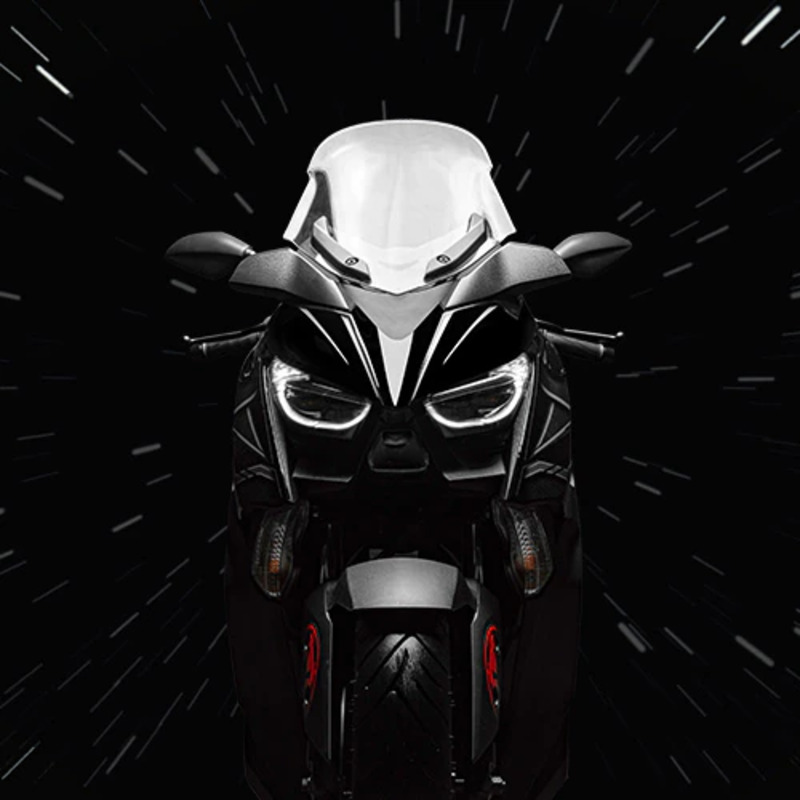 So, Fans of the Star Wars franchise will be very happy or sad (depending on which side you’re on) to know that Yamaha have succumbed to the Dark Side of the force and have released the limited edition ‘XMax 250 Darth Vader Edition’ in the Brazilian market.

This is not the first time Yamaha have collaborated with the Star Wars franchise to launch special Star Wars based scooters. Back in 2020, Yamaha launched special editions like the ‘NMax Galactic Empire’ and ‘NMax Alianca Rebelde’ based on the NMax 160. Both of these special edition scooters sold out in a very short time.

Looking at the XMax 250 Darth Vader Edition, it is uncanny how apt the name and the design of the scooter is. Look at the scooter from the front and you can see the face of one of the most powerful and feared force users who defected to the dark side – Darth Vader.

The complete Blacked-out paint with accents of red is very reminiscent of Darth Vader’s suit which is all-Black with Red colour added by the buttons that control the life-support system in the suit. While the standard XMax 250 will not look out of place parked anywhere in the Star Wars universe, this special edition will definitely be the one Darth Vader would have used while traversing through the Death Star.

Other special touches added to the Darth Vader Edition are the Galactic Empire symbols added to the either side of the scooter and the front fork covers. Another nice touch is the addition of graphics of the breathing control console which powers and controls the various systems of the suit.

While Darth Vader is considered to be one of the most powerful force users and was destined to, one day, bring balance to the force – the new XMax 250 is not destined to achieve such extraordinary feat in the world of scooters. Within the darkened sinister garb, the scooter is the same as the standard model of the real world.

Powering the NMax 250 Darth Vader Edition is the humble 250 cc, single-cylinder, liquid-cooled engine producing 23 HP and 27 Nm of torque, enough to take Lord Vader to the hangar where his TIE Advanced is parked.

To offer the Sith Lord with the best features, the limited edition scooter is equipped with Fully-digital instrumentation, Bluetooth connectivity, Full-LED lighting setup, Traction control and a 12V charging socket.

The Yamaha XMax 250 Darth Vader Edition is available only in the Brazilian market and will have a limited run of 200 units. In Brazil, the scooter is priced at R$ 28,590 which equates to around Rs. 4.56 Lakh.

May the Force be with you…..