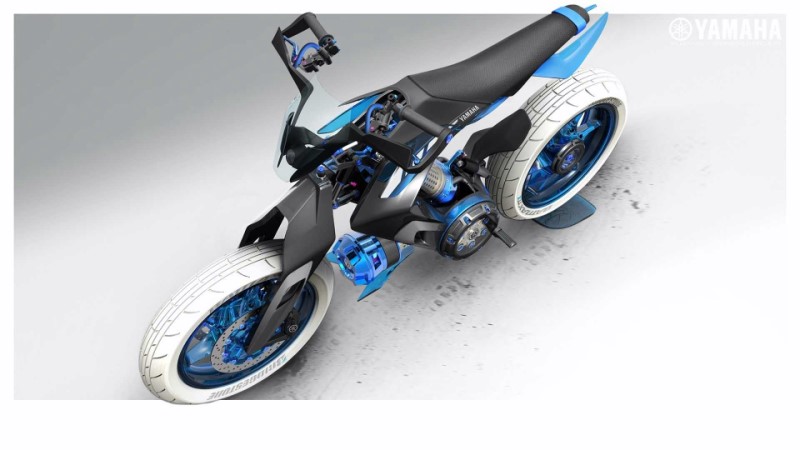 Yamaha water bike is called as XT500 H20 in its concept form. The company aims to turn it into reality by as soon as 2025! Ain’t this a revolution?

While a lot of countries are looking at electric vehicles as the future of mobility, this company has some additional plans, beyond that! We are talking about Yamaha, which manufactures a range of products, including motorcycles, scooters, boats, snowmobiles, marine jets, and a lot more.

Now, Yamaha is looking at making a motorcycle that has the potential to revolutionize the automobile industry completely. The Japanese automaker aims to develop a bike that uses water as fuel! Yes, our conventional water!

The company began the project in 2016, and today, Maxime Lefebvre, who is an Industrial Designer at Yamaha, has provided the first look at the concept of XT 500 H2O edition. The bike that you see in the pictures is said to be the third iteration of the idea.

Lefebvre claims that this is how the bike will look in 2025. As its name suggests this concept is based on the Yamaha XT500, which was sold between 1975 and 1981. It was powered by a single-cylinder, four-stroke, 499 cc IC engine then.

While the concept surely looks impressive, let us hope such a tech is workable (and efficient at the same time). It will be a breakthrough and will kill most of our environmental concerns at one go! Even if it gets delayed by a few years, we are sure the world would love to move onto such an abundantly available resource. Till this water tech gets developed, can we have a production version of the XT500 please Yamaha with the conventional IC engine…?