Yamaha, one of the finest bike manufacturers, reported a firm hike in sales of 29.6%. The reports said that Yamaha sold 30450 units this month compared to 23466 units in the same month last year. Yamaha is constantly reporting increasing sales revenues in all the segments of the market like consignment sales, export sales, inter and intra state sales etc. A rise in Yamaha’s domestic growth rate is something to cheer about for Yamaha motors. 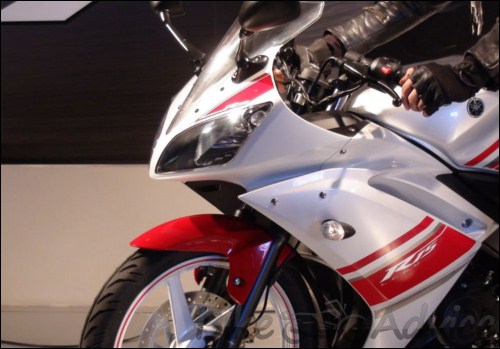 Domestic sales rose my more than 16.22% as compared to the next year, thanks to their new models viz. Yamaha SZ, SZ-X and YBR 125. Also with the power launch of R15 has helped Yamaha reach top of the sales chart. As far as the domestic sales are concerned, Yamaha managed to sell a whooping 22672 units this month than compared to 19508 units last year.

Also, the exports have drastically improved to 96.51% at 7778 units as against 3958 units last year. According to the CEO of Yamaha, Indian market is ever increasing and good response of people has helped Yamaha reach where it is currently standing. Officials say that Yamaha will continue its marketing strategies to make more and more sales in the near future.