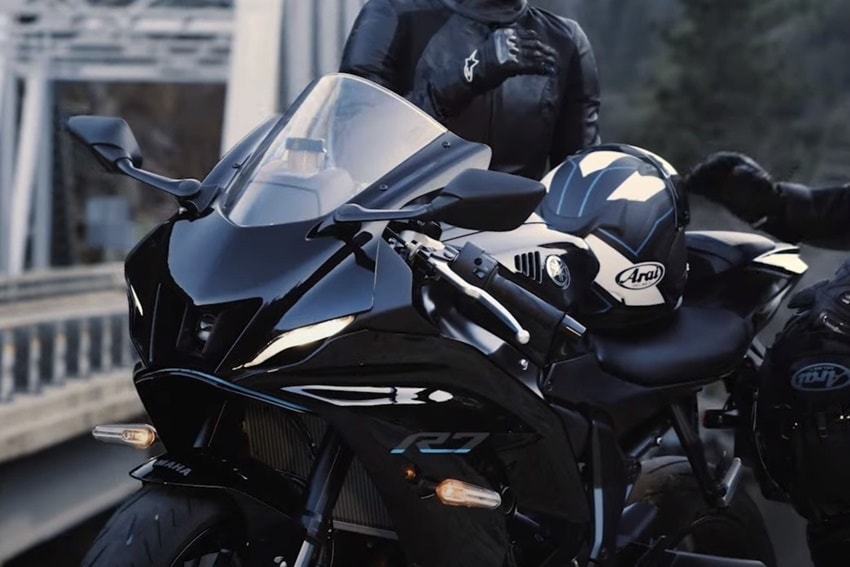 Yamaha R7 will be an all new offering which will sit in the middle of company’s R range. It will be officially unveiled in three days…

Yamaha has been teasing an all new R model in the last few days and it has also revealed its unveil date which happens to be 18th May 2021. However, just before that the upcoming motorcycle – all new R7 has been leaked on the interweb.

It was already speculated earlier that Yamaha is working on a full faired version of its MT07. So, the R7 is based on the streetfighter’s platform and a new model in the lineup. But unlike the MT, it comes with upside down front forks and probably a few more features over it, since it is a full faired supersports motorcycle.

There is a centrally placed headlamp but those LED DRLs make it look great. Clearly, this bike has a lot of hints of the R1 in its styling and looks slightly upscaled R6. The R7 will share the MT07’s 689cc, inline twin, DOHC motor and for reference, it churns around 73 PS of power and 67 Nm of max torque. How much different will it be in tuning remains to be seen.

The R6 is no more and hence the Yamaha R7 will serve as a middle ground for various markets around the world between the R1 and the R3. We will come to know all the details of the upcoming screamer from Yamaha in three days from now!