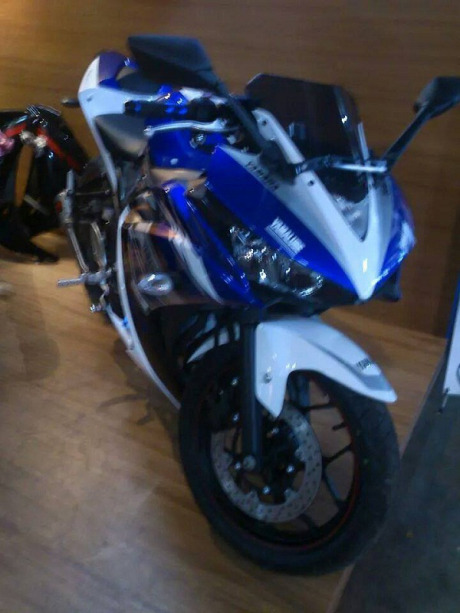 Yamaha R25 is surely one of the most powerful twin cylinder, quarter litre motorcycle we have known. Unveiled very recently, it is setting all interest charts on fire. 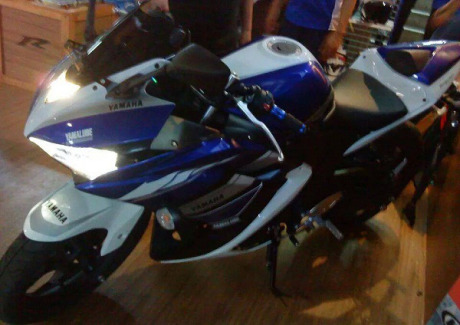 A bike which even the great Rossi says packs a punch! But can it get any better? Hell Yes. As per this article on Pertamax7.com, Candra Custom Knalpot, an Indonesian motorcycle performance tuning specialists, have designed a special MotoGP edition of the bike.

So, if you were one of the many who cursed Yamaha for showing one world with the concept and launching another, here is a middle way out. The special edition features a livery similar to the Team Monster Yamaha’s MotoGP bike, something which is a big point of interest among Yamaha buyers and admirers.

The Blue and white livery sure manages to attract attention and it would be interesting if Yamaha will offer it sometime as a factory option. Also carried over is the Akrapovic exhaust system from the concept. There has been no word about the change in performance figures but this new track specific performance exhaust system should send the motorcycle scorching around the ring, singing songs! 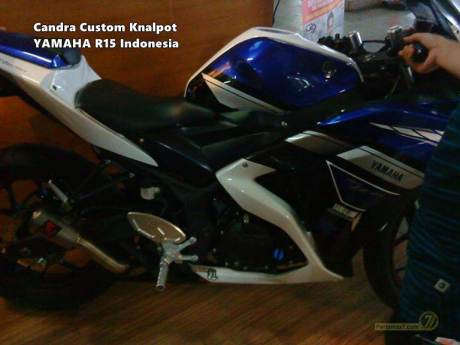 The engine roar should also have improved and almost everyone is dying to get his hands on even the normal R25! There has been no word how much this special edition costs but it sure does seem to be attention-grabbing. 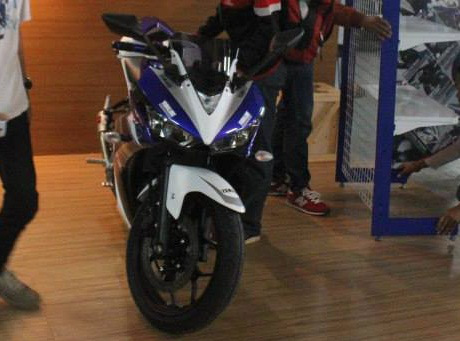 Yamaha hasn’t announced anything officially about the R25 coming to India, but we look forward to an early 2015 launch. While the bike is a killer, both in terms of looks as well as specifications, all the focus shifts to the price tag Yamaha India will launch it at…

Related: Yamaha R25: What Was Shown & What Came Out; The Counter-View!