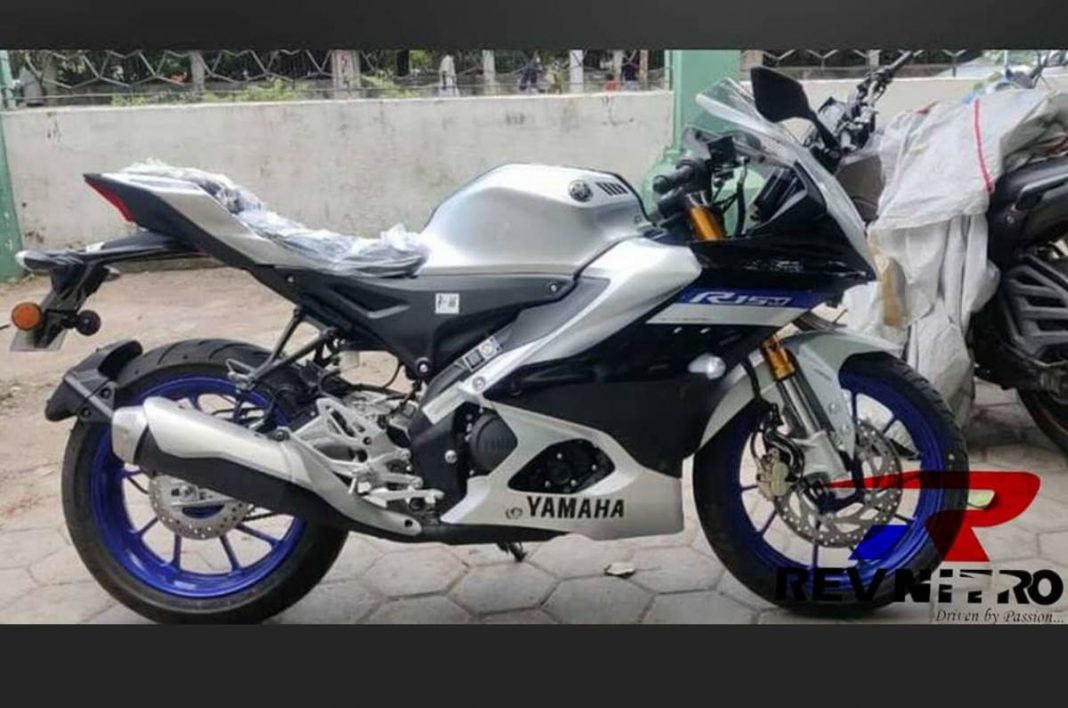 Yamaha R15M pics in two new colors reveal the motorcycle in total. That they come from some dealership suggests that launch is only a few days away…

Almost every day we have a new update on Yamaha’s upcoming updated R15. It is now clear that the spotted model is called as R15M.

Ahead of its launch, the motorcycle has been spotted absolutely uncamouflaged at some dealership. Now, that is a very clear sign that we should hear a date of introduction from Yamaha very soon.

Pictures in this series are better than the previous time and the clear inspiration from R7 is visible. And that the motorcycle does look very interesting is another big point!

Apart from the new face, the bodywork is also completely new. Which means it gets a fresh tank and fairing design. Presence of golden colored upside down front forks definitely increase appeal and then there may a new instrument cluster with Bluetooth connectivity (there hasn’t been a concrete evidence of it till now, but Yamaha has promised to offer this feature on its R15 – and what better way to start from a fresh new model).

Apart from the MotoGP livery of the last spotted model, the new R15M has been snapped in two new colors – blue and silver. The silver color theme immediately reminds us of the liter class R15M of yesteryears.

Considering the new model and addition of features, we expect the R15M to come at a fair bit of price increase over the current R15 v3.