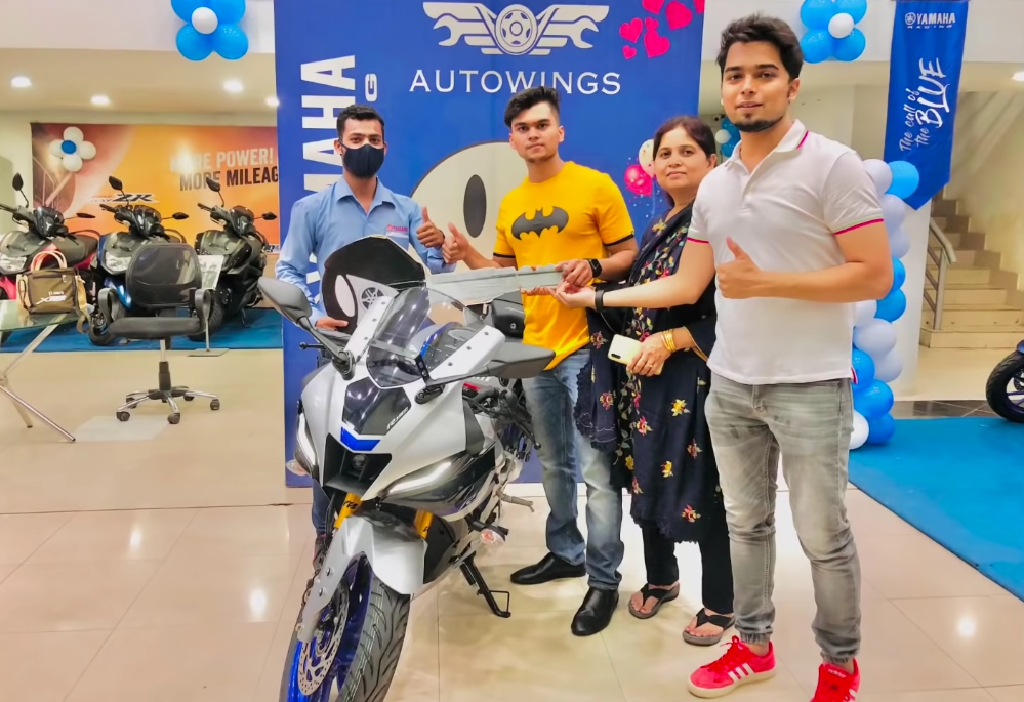 Official Yamaha R15 v4 accessories prices start from Rs 190. Deliveries of the new model have commenced in a few cities of India.

Shortly after launch, Yamaha R15 V4 deliveries have begun in India. A video that claims to be the first delivery of the motorcycle comes from Jharkhand. It is the R15M variant that the Youtuber has bought.

If you want to know the new features and other details you can check out our following video..

Although it remains a 150cc sportsbike, the new generation R15 has some of the best-in-class features which you won’t get on any other bike even in nearby segments.

The bike has got significant changes to the aesthetics and electronics. There is a new model which is inspired by the Yamaha Racing line “M” series derived from the likes of Yamaha R1M.

The LED projector light now replaces the dual-LED headlights on the outgoing R15 V3. The projector is complemented by dual-LED DRLs which look sleek and remind of Yamaha R7 – which is the essence of the 150 model.

The R15 V4 from Yamaha continues to offer features like VVA, slipper clutch, dual-channel ABS, and new features such as Qucikshifter for clutchless transmission at higher speeds. Also, Traction control is now available on the R15 V4.

The official accessories of the new model have also been listed by Yamaha on its website.

Here we have rounded up all the available accessories along with their prices in INR.

For more details regarding the new Yamaha R15 V4 and its accessories you can visit the official website of Yamaha India.