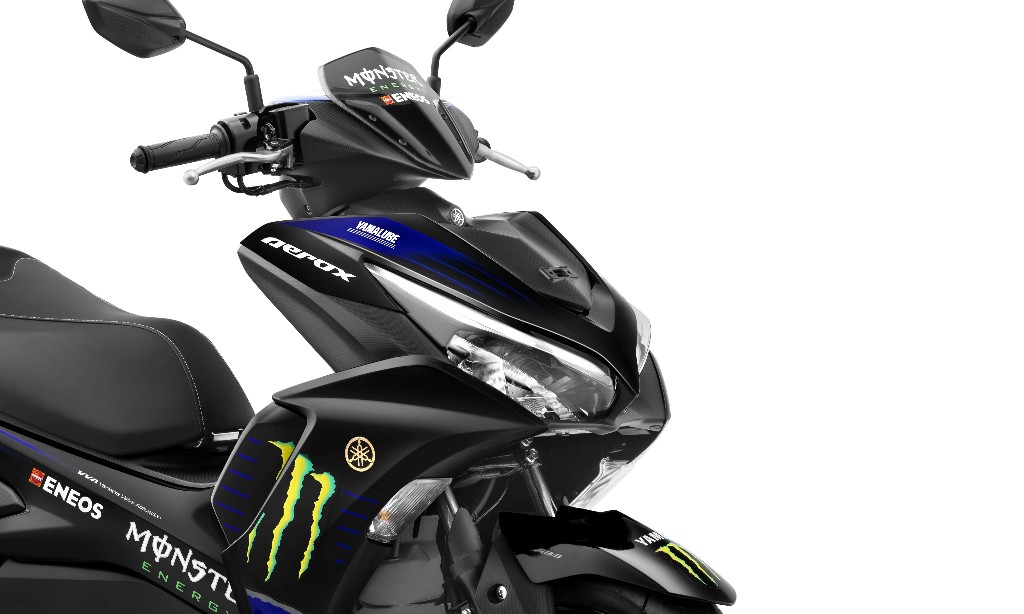 2022 Aerox MotoGP price will be announced later for undisclosed reasons. It comes in a black base color with contrast new decals…

Taking a big foot forward, Yamaha launched the maxi sports scooter Aerox in India last year. It became one of the most powerful scooter to be sold in our country and today the company has announced the introduction of its MotoGP Edition just ahead of the festive season.

The special edition of Aerox comes in all black color theme. Yamaha has put up the Monster Energy and Eneos insignia on the side panels and front face of the maxi-scooter’s body. And frankly, it looks the best out of all the shades in the lineup.

For some reason Yamaha has withheld the price of the Aerox MotoGP and says it will be announced later. For reference, the standard variants are priced at Rs 1,39,300 ex-showroom Delhi. Expect a hike of around Rs 1500-2000 for the MotoGP version.

With this powertrain, the Yamaha Aerox 155cc is quite ahead in its segment when compared to its rivals.

The Yamaha Aerox MotoGP edition carries over all the features you get on the standard models that include single-channel ABS, 14-inch tyres, LEDs all-over, spacious 24.5-liter under-seat storage, external fueling, and engine Start & Stop functionality.

Bluetooth connectivity is also supported through a 5.8-inch LCD cluster which is the same on other models of the Yamaha Aerox.