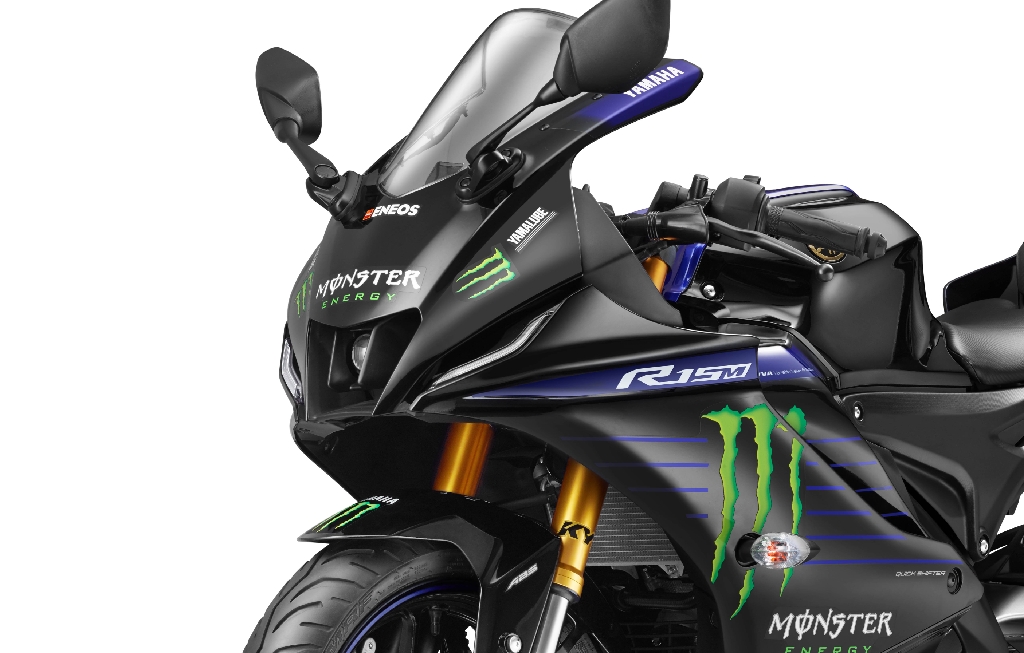 In India, Yamaha offered their Monster Energy MotoGP Edition livery on their R15, MT-15, FZ-25, Aerox 155 and RayZR models in limited numbers. And as of present, all these offered models have sold out in our country and the company have unlisted these models from their official websites.

These Monster Energy MotoGP editions are basically showcase models. They don the Factory racing colours and are offered in limited numbers at various price points to their customers. Underneath the paintwork, the bikes/scooters are similar to their respective standard models, engine & chassis-wise.

The Monster Energy MotoGP edition of RayZR, MT-15, FZ-25 and Aerox 155 were sold out back in February 2022 itself. While the remaining R15 v4/M MotoGP edition was unlisted last week.

Since these models are limited-run editions, it is highly unlikely that they will come back on sale again. Most probably, they could make an appearance once again in an updated avatar next year during the yearly update cycle.

The remaining standard colour options of R15v4/M, Aerox155, RayZR, MT-15 and FZ-25 are still available and will remain in production.

However, if you are still interested in limited run models, we have good news for you.

Recently, Yamaha India unveiled a special edition ‘World GP 60th Anniversary’ model of their R15M supersport bike. It is wrapped in a special White & Red paint scheme which celebrates the company’s 60 successful years in the World of GP racing. It has been launched at Rs. 1,88,300/- (ex-showroom, Delhi).