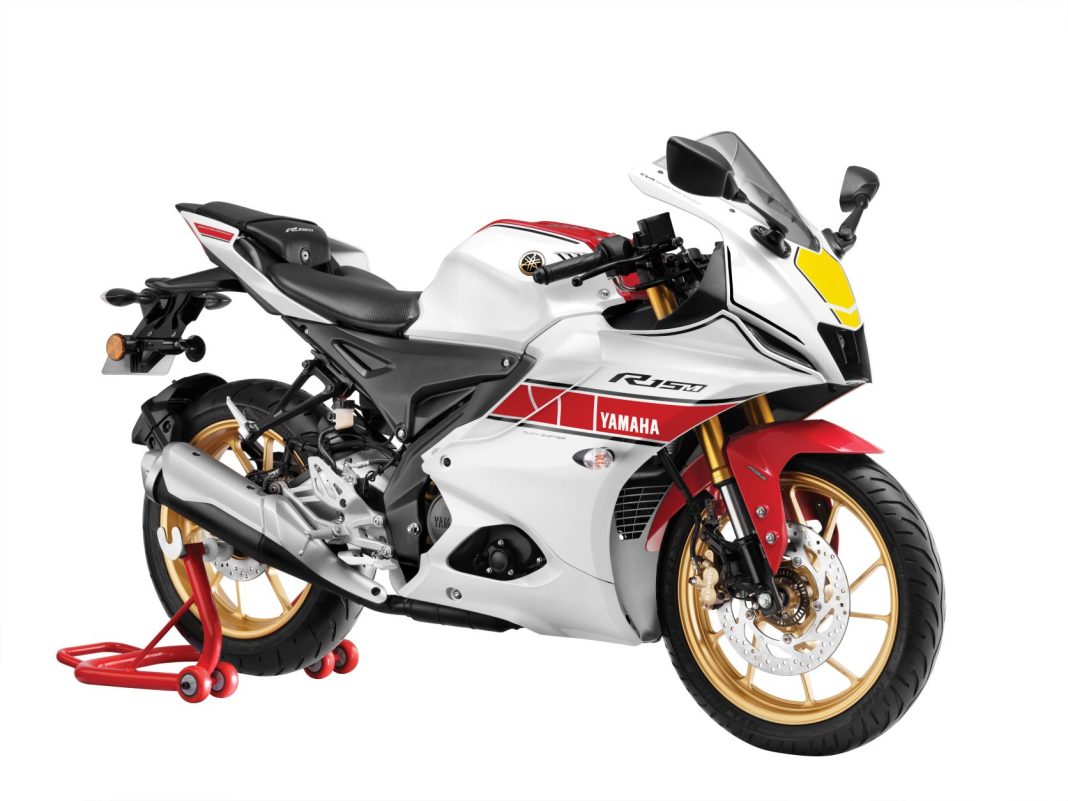 Along with the 2022 MT-15 Version 2.0, Yamaha India have also launched the YZF-R15 World GP 60th Anniversary Edition in our market.

“The YZF-R15M in the WGP 60th anniversary livery is more than just a reminder of our racing legacy, it’s a milestone showcasing more than 500 World Grand Prix wins that Yamaha has achieved since 1961. It’s a symbol of our unrivalled passion for racing, our belief in the power of the sport, and our commitment to support, safeguard and encourage the motorsports culture as a member of the Grand Prix paddock. We are extremely proud to share this milestone edition with Yamaha fans in India. Under the ‘The Call of the Blue’ strategy, we will continue to build excitement in the premium segment in India through such exclusive introductions in the future as well.”

Yamaha India states that the launch of this special edition YZF-R15 marks their association with the premier series of motorcycle road racing since 1961. This version of the supersport offers ‘a tribute to Yamaha’s passion for racing and honours the challenging spirit of Yamaha riders over the past 60 years’.

Other than the special livery, the rest of the bike is very similar to the standard R15M available in our country. It is powered by the same 155cc, 4-stroke, liquid-cooled, SOHC, 4-valve engine as the standard M model, which produces 18.4 PS of power at 10,000 RPM and 14.2 Nm of torque at 7,500 RPM. The engine features their Variable Valve Actuation (VVA) technology and is connected to a 6-speed gearbox featuring Assist & Slip clutch.

This 60th Anniversary Edition, kind of, replaces the MotoGP edition that was introduced earlier and is now the only special edition of the R15 in the line-up.