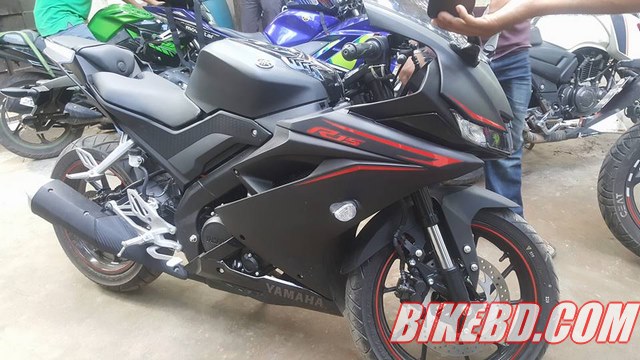 R15 v3 price in Bangladesh is significantly costlier than R15 v2’s and the reason is mentioned in the article..

After Indonesia, Yamaha unveiled the smashing new R15 v3 for the Thailand market followed by Vietnam. But there is another country that the 150 cc sports motorcycle has gone to – Bangladesh, yes, our neighbours, but unofficially!

ERS Global Ltd are importing the motorcycle and selling it in the country. It must be understood that R15 v3 is not being sold by ACI Motors which are the authorised distributors of Yamaha motorcycles in Bangladesh. 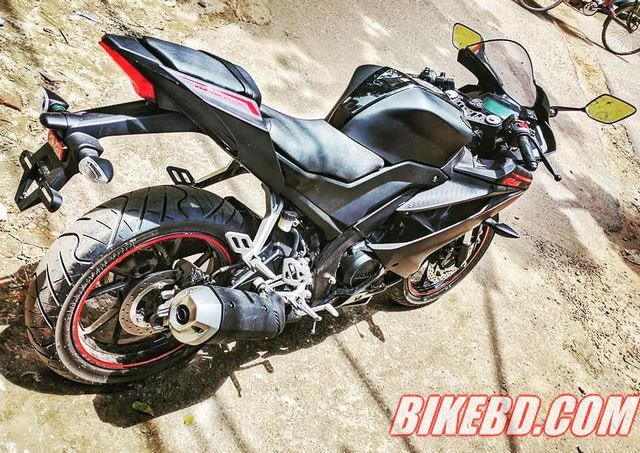 According to what we know, there have at least been two rounds of bookings for the version 3 of R15 and deliveries have already commenced long back. Pictured on this page are pics of the motorcycle sourced from Bikebd.com.

After conversion to INR, the motorcycle costs whopping ~4.4 Lakh (with registration). In comparison, the R15 v2 (which is on sale officially in Bangladesh) costs 4,80,000 BDT which is about INR 3.8 Lakh! 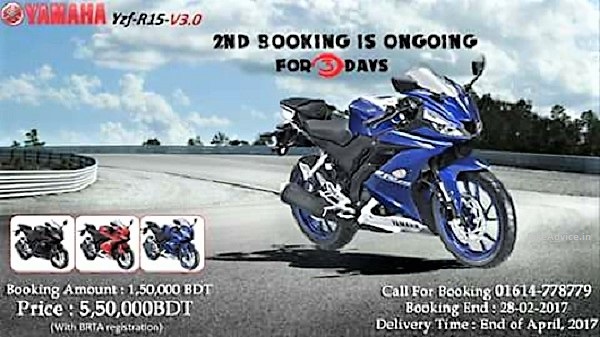 Authorised distributors ACI Motors have clarified at their Facebook page that the R15 v3 will NOT be available officially through them since Bangladesh gets Yamaha motorcycles from India and Yamaha India looks in no mood to get the v3 here anytime soon.

It is not known if ERS Global are getting these motorcycles from Indonesia or Thailand or Vietnam, but they will be the ones who will provide warranty and service. This also means that these new R15 V3’s will NOT be covered by official warranties and service parts.