A news bit at Zigwheels.com yesterday was responsible for causing a lot of flutter among the biking enthusiasts in India. According to their report, Yamaha is all set to launch the version 3.0 of their flagship YZF R15 as early as next month with a 1PS power hike (Report). 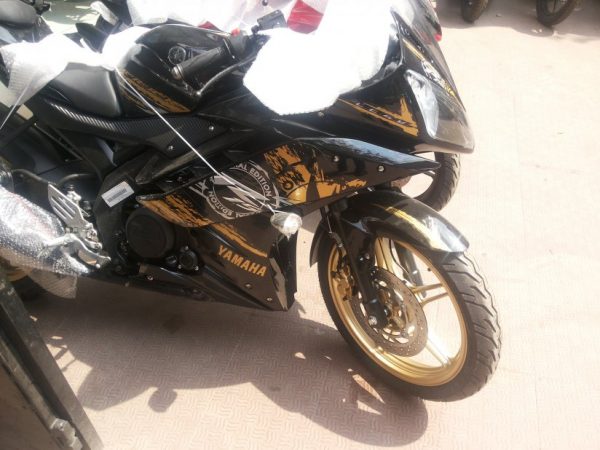 They have also published some ‘leaked’ shots which are nothing but two R15’s which were showcased at the Auto Expo by Yamaha themselves without sharing more details of them.

Now, through a few pics posted at xbhp.com, it gets cleared that these so called R15 V3 have already reached dealerships. The pics feature 3 new colour schemes along with a Special Edition. The red/white, grey/white and Black/Golden Special edition are the same which Zigwheels reported about. In addition to that there is a new blue/white  colour which was also kept on display at the Auto Expo. 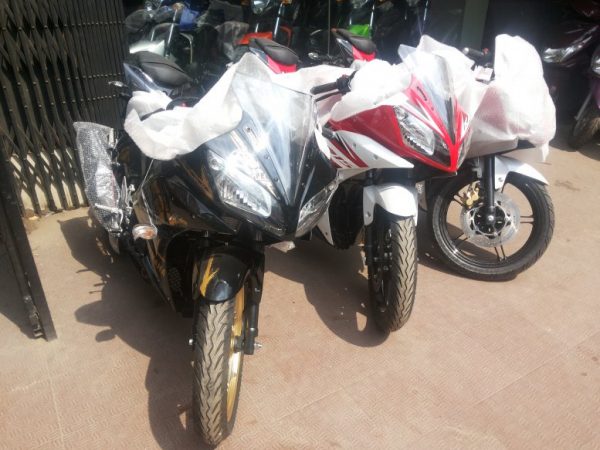 There is also a word on the dealership guys quoting the same power output and terming them as just cosmetic add-ons.

With this report, it gets cleared that Yamaha is definitely bringing in new variants or let us, for the time being, say refreshed R15s in the market and very soon. But it also gives us the feeling that these may just be the 2014 cosmetically enhanced editions of Yamaha’s flagship without any technical tinkerings.

Well, it is just a matter of few days before the official word or a concrete sneak will come in busting everything open. But if it is just another cosmetic enhancement Yamaha would be banking a bit too much on paintjobs and new colour themes. They are already (very) late to the 250cc party and things may turn fatal for them if they do not pay heed to the increasing competition.

On the other hand, they do have the Version 2 of FZ under works as busted by a few spyshots last month. What do you feel are these speculations about? Does a Version 3 R15 exist or we are talking about only new colour additions?