Yamaha had on display at the Auto Expo a few R15’s, one of which was marked with ‘Special Edition’ in black-golden colour, other one with a ‘Deltabox’ sticker on the fairing. 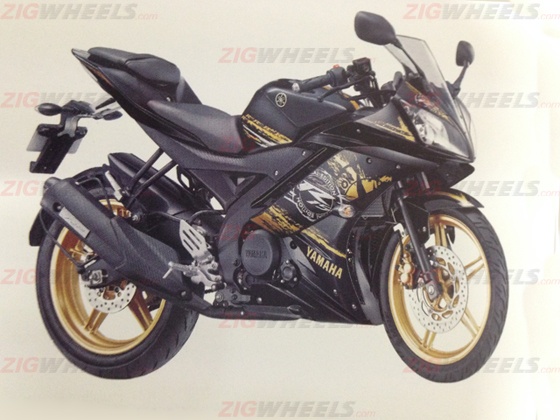 In a latest, Zigwheels.com has claimed to have leaked the images of the R15 version 3.0. Both the images we see are of the two different coloured motorcycles we have talked about in the first lines of this article. This gets credibility from the fact that even the FZ version 2 was showcased at the expo without the company specifically mentioning about it.

The publication quotes a Yamaha India insider informing that the Version 3.0 of the R15 comes with some slight technical upgrades and barring the new liveries, the bike remains the same. 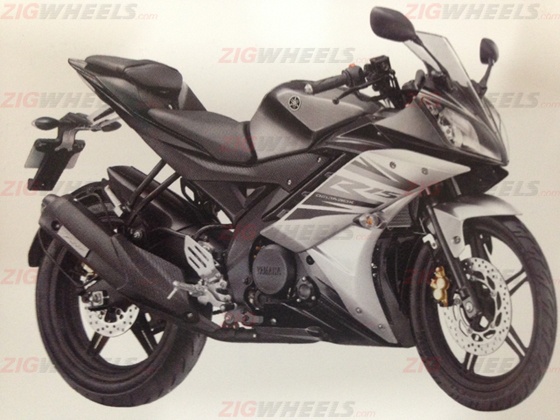 The black-gold R15 showcased during the Expo was seen sporting a different exhaust. The Version 3.0 is not likely to carry that and instead, a regular road going silencer would be plonked.. What the new version has got is a new fuel injection system and a remapped ECU helping bump-up the power output to 18 PS as against 17 PS in the current version. The torque delivery is also said to have been spread more widely to help with quick pick-up and scoot at the traffic light drag race. 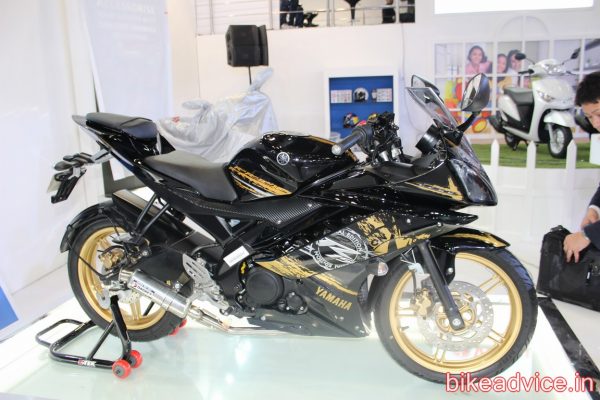 The bike will also be seen in a new grey colour tone and with new body graphics besides the special edition black/gold colour combo seen at the Expo. Yamaha had earlier replaced the front 80/90-17 tire of the V 1.0 on popular demand with 90/80-17 and the rear of V 2.0 was equipped with a meatier 130/70-R17 radial making the bike look more powerful than what its 149.8cc displacement engine signified. The upcoming V 3.0, however, has no such drastic alterations and will sport the following minor changes: 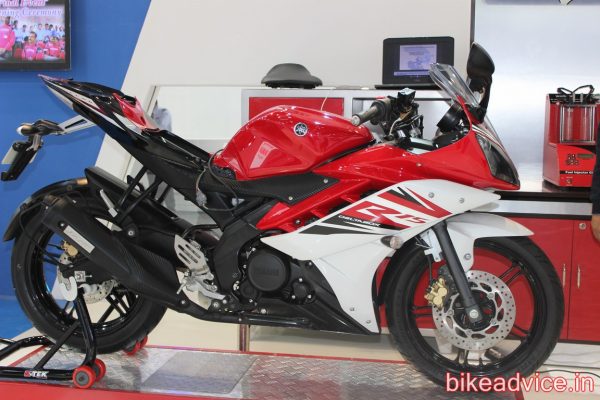 R15 Showcased at the Auto Expo

The Version 2.0 was 5 kg heavier than its predecessor and asked INR 8000 more. It is unclear at the moment if the Version 3.0 has any such intentions, but we will know very soon. The bike currently goes for INR 1.12 lakh ex-showroom New Delhi.

This goes in conjunction with the latest spotting of FZ Version 2.0 which was caught recently and is being prepared for a launch as soon as next month, according to the report. So, an 18PS R15: Does it sound good?