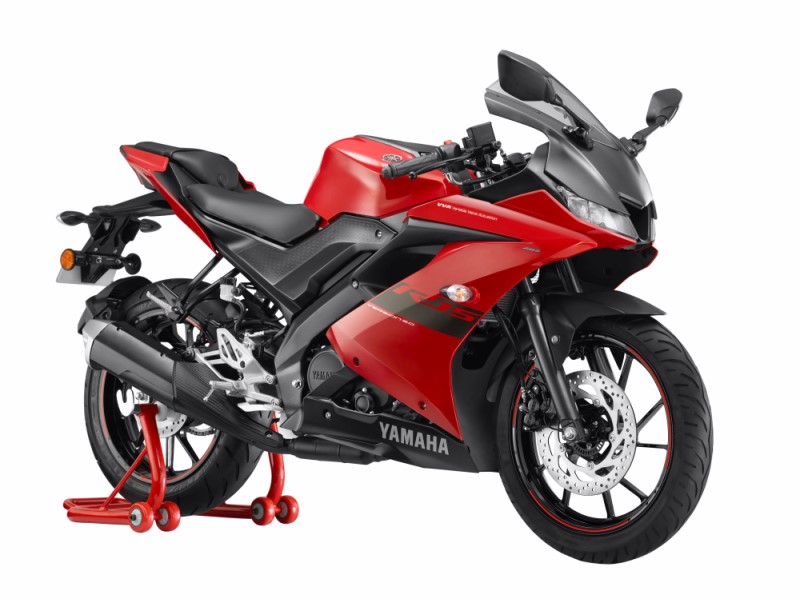 Yamaha R15 Red pics appended at the end of the article. It joins the existing three shades and is placed in between them…

As was in the news recently, Yamaha has officially announced the launch of a new color to the YZF R15 V3 family, today. The Jap has added Metallic Red color edition to the palette. It has been contrasted with black color on the parts along with black stickers.

The three older colors, that were introduced in the BS6 version have been continued. This takes the number of offerings to four and here are the latest prices..

The new red color has been placed in between, at a premium of Rs 1500 over the entry Thunder Grey variant. It (the red color) is still Rs 1500 cheaper than the top of the line Dark Knight shade.

Interestingly, Yamaha was caught testing a mysterious model couple of days back. It is a potpourri of the international XSR155 and our Indian FZ-S. We have tried to decipher it here.