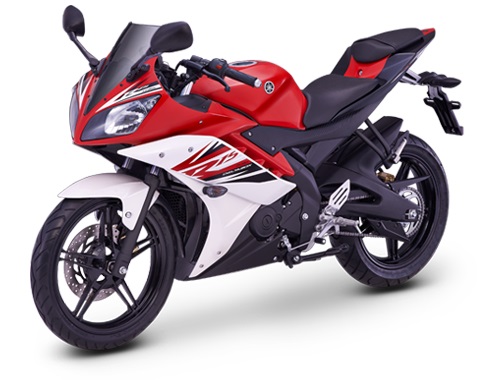 Japan, the land of the rising sun, can be very correctly referred to as the land of motorcycle manufacturers! The Japanese believe motorcycles to be almost equivalent to fighter planes, they believe a motorcycle actually flies on the road and it just doesn’t ride!

Nonetheless, coming to the point, Yamaha has finally launched the R15 in Indonesia, much to the delight of the people. It offers butter smooth handling and breath-taking performance for daily driving in which the balance of power, fuel consumption and durability play a very important role. The forward weight distribution, sharp, tapered and high rear end, furious dual headlight, aerodynamic streamlined body and a strong muscular fairing are the main USPs of the motorcycle.

Yamaha sees the young 17 to 25 year old men as their prospective customers, who are from a middle class economic background and want a feel of motorsports in their day to day lives.

The motorcycle will be available in three colours:

Yamaha was also giving away free MotoGP rider Jorge Lorenzo inspired helmets to the first 1500 online customers. Interestingly, the 1,500 units of the R15 which Yamaha had earmarked for online sales were sold out on the first day itself. 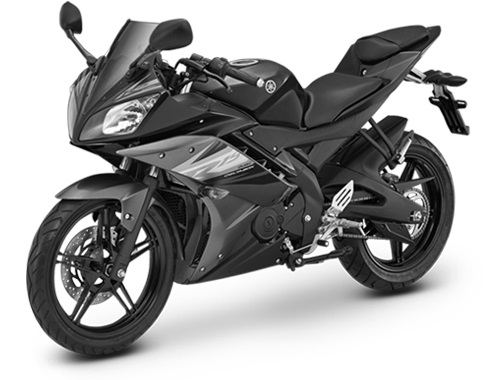 The R15 sold in Indonesia is almost the same as the one sold in India albeit with a few tiny changes to adhere to the Indonesian traffic regulations. The power output is 0.5PS and torque 0.5Nm lesser than the Indian spec motorcycle. There are a wee bit of differences in terms of length and width as well, but they may just be different parameters of measurement in these two countries.

The R15 has been priced at 28 million Indonesian Rupiah on road in Jakarta which translates to 1.47 lacs Indian rupees. In comparison Honda CBR150R is priced at about 2.25 Lacs INR. In India, R15 retails for 1.10 Lakhs and CBR150R costs 1.17 Lakhs, both ex-showroom Delhi.

The R15 will be assembled in Indonesia and will have local component higher than the Vixion. Yamaha is aiming to sell 50,000 units by the end of this year.