Someone nailed it right, ” The human body is an accelerometer, not a speedometer! “.

Try rewinding back to the day when you first got your hands on your lovely bike. The world seemed to be at your feet, and you tended to look at everything with a newly found glint in your eyes. Notwithstanding the running-in period, it was irreplaceable fun to twist to the throttle and embrace the heady feeling as your bike lurched forward! 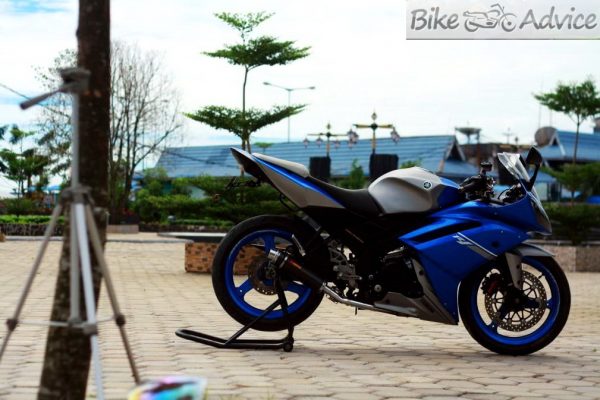 But as the days have passed by, that kick provided to you by your bike has seemed to diminish. A familiar feeling, eh? True, our mortal bodies do get accustomed to the acceleration that our metal-companions are capable of, hence sustaining a multi-billion dollar aftermarket parts industry which encompasses widely popular names such as Akrapovic and Yoshimura among many others.

Time to pan out of the view, and shift focus to Indonesia. A serene country, it possesses a sizeable proportion of enthusiastic bikers. A few similarities exist between the Indian and Indonesian markets, hence paving the way for some shared platforms. Notable among them is the Yamaha V-Ixion, a naked bike that is manufactured by the Indonesian subsidiary of Yamaha. Here it is: 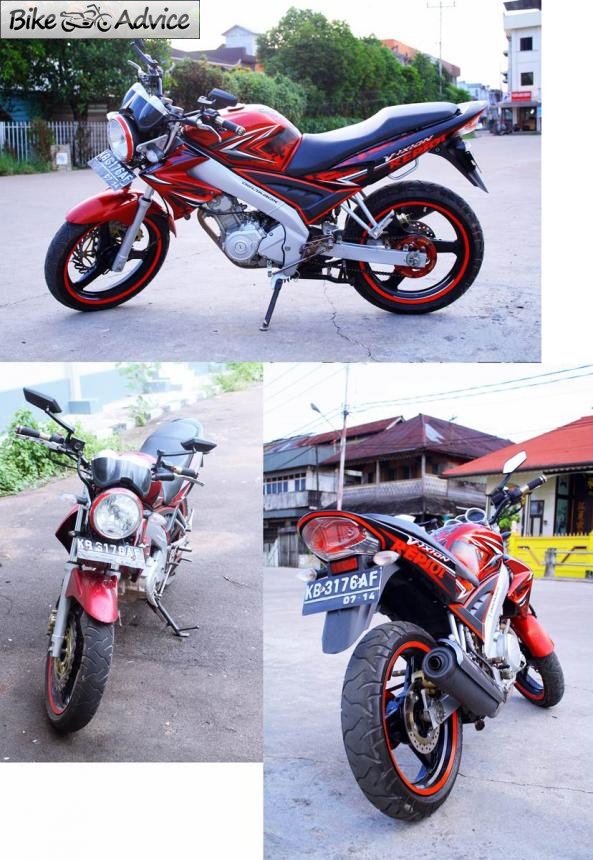 A very muscular and macho-looking bike, isn’t it? Well, it shares its technology with the Yamaha YZF R15 that has a crazy following in India. The same 150 cc liquid-cooled mill, as well as the deltabox frame find their way to both the models’ assembly lines. We got the opportunity to connect with a V-Ixion user of Indonesia, and he was pleased to have a freewheeling chat with us.

Afnindy Leo Putra (featured below) is a 5th year Medical Student based in Indonesia, and along with the Hippocratic Oath, he swears by his bike too. At a first glance, his boyish charm would set the giggles going among the fairer sex. But don’t let that fool you, he can be a relentless biker! Here’s a detailed coverage of how his bike went under the scalpel. 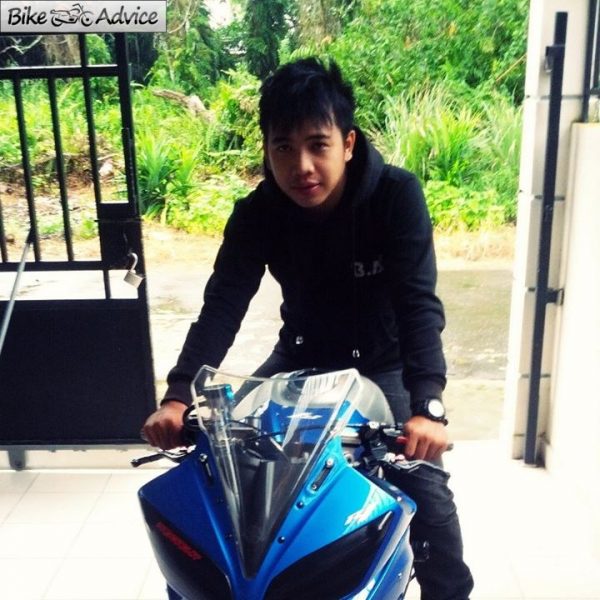 Though Afnindy liked the macho styling of the V-Ixion, he definitely wanted to stand apart from the crowd and hence decided to retrofit the neat and aerodynamic fairing of the Indian-offering YZF R15. He imported it from India and it set him back by about INR 28000/-. To complete the slick look, he also got the tail-cowl changed for almost INR 5600/-.

Having put a nice shell in place, he decided to give it a new paint job. After much of squabbling with his friends at the college hangouts, he finally settled down for a Race-Blue Special Paint Scheme, which adorned the bikes of the Yamaha Factory MotoGP team last year. He preferred to keep the color a tint higher, to enable comparisons to be drawn with BMW’s four-wheeled livery. 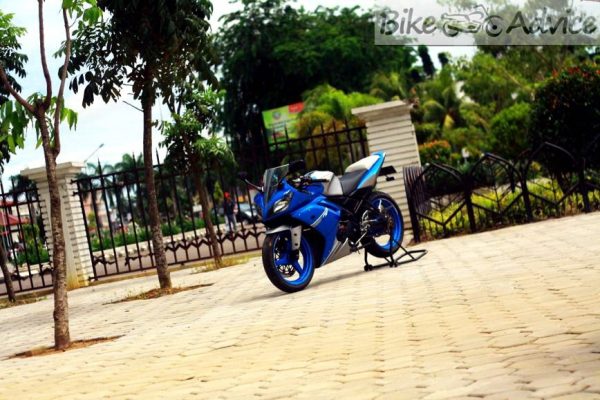 Not satisfied with standing apart from the crowd, he tried his hands at leaving them far behind. We do feel he has succeeded in his efforts.

A listing of his engine improvements :- 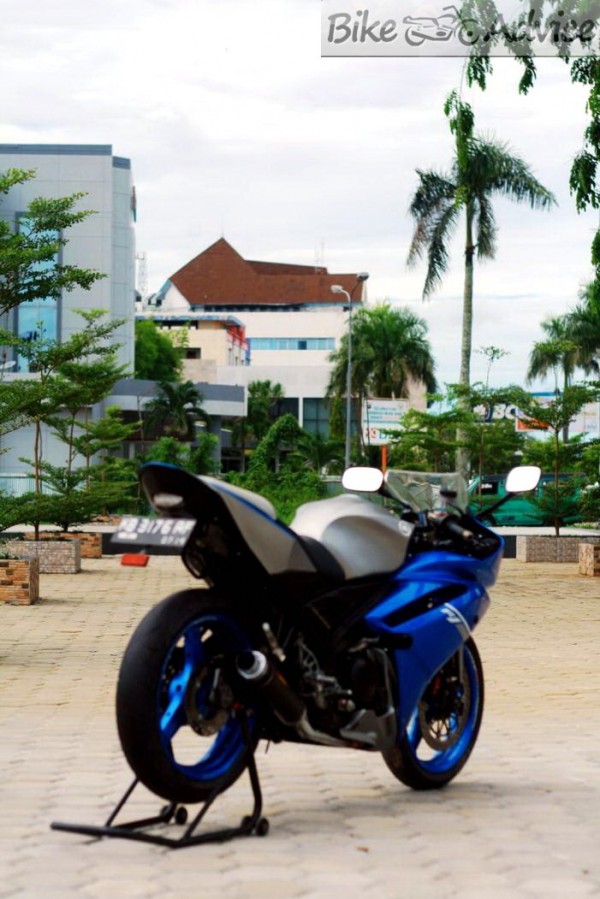 His stock V-Ixion was able to accomplish a top whack of around 130 km/h. After these embellishments, he has hit a new high of 145 km/h. Acceleration time from naught to 60 kph have reduced significantly and he has promised to revert back to us with fresh data soon.

Afnindy has strived hard for the last two years to bring his bike to the current state of tune. A conservative estimate by him reveals a total spending of nearly INR 1,00,000/– on his machine over the last couple of years. We definitely wish him more miles on his bike, and we send goodwill to all Indonesian speed-freaks too! 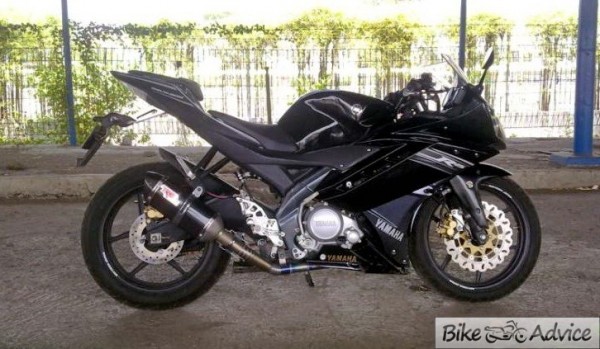 What you see above is a spruced up v-ixion owned by a friend of Afnindy. He has got it done in the R15 version 2 mould and this bike boasts of a massive 180cc cylinder. Here are the mods this bike has gone through:

Here are the details of Stock V-ixion and its dissimilarities with our Indian R15:

Afnindy Leo Putra is an active member of our forum, and he has assumed the name “Afletra” over there. You can check out more details and pictures of his R15 err V-Ixion and interact with him directly at our forum here.