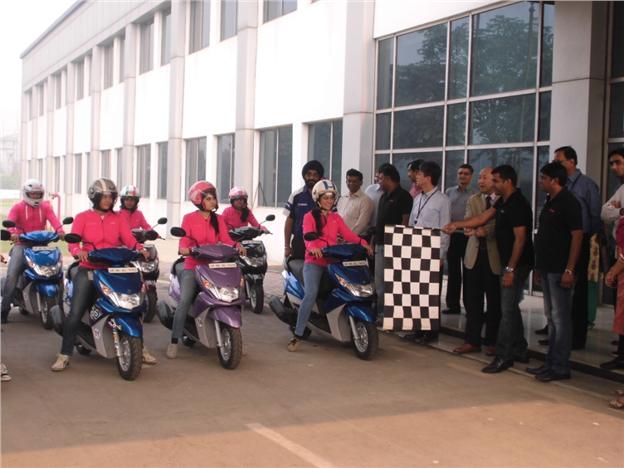 Yamaha Motor India seems to be all turbo-charged this festive season. The company is leaving no stone unturned in increasing its consumer connect initiatives whether it be launching limited edition models or organizing special campaigns promoting awareness among the people about its products. Yamaha has already launched the limited edition models of the FZ-S and the Fazer in India to cater to the demand of the 150cc segment lovers and those who want to move a notch high up from the commuter segment motorcycles of 100 to 125cc. But what about those especially females who want gearless scooters? Well, Yamaha has certainly kept that in mind and has organised an event as part of its ‘Life is an Adventure’ campaign to showcase its Ray scooter.

In this event, six ladies will ride the new Yamaha Ray scooter to malls, schools, colleges and shopping complexes over a period of nine days, starting November 1, 2012. The event was flagged off from Yamaha India’s headquarters in Delhi. It was flagged by Jun Nakata, director, sales and marketing, and Roy Kurian, national business head of Yamaha Motor India. This event will be aimed at promoting the newly launched Yamaha Ray scooter among the Indian customers and showcase its features, together with the element of adventure.

The Yamaha Ray is powered by an air cooled, 4 stroke, SOHC, 2 valve, 113cc engine which produces  7.1 PS of power @ 7500 RPM and 8.1 NM of torque @ 5000 RPM. It is mated to a dry, centrifugal type continuously variable transmission. The front gets telescopic forks while the rear gets a swing arm suspension. Both the front and rear get drum brakes of 130mm diameter. Both kick and electric type starting options are available. Next in line from Yamaha India is to organize a Female Riders Training Program in India. 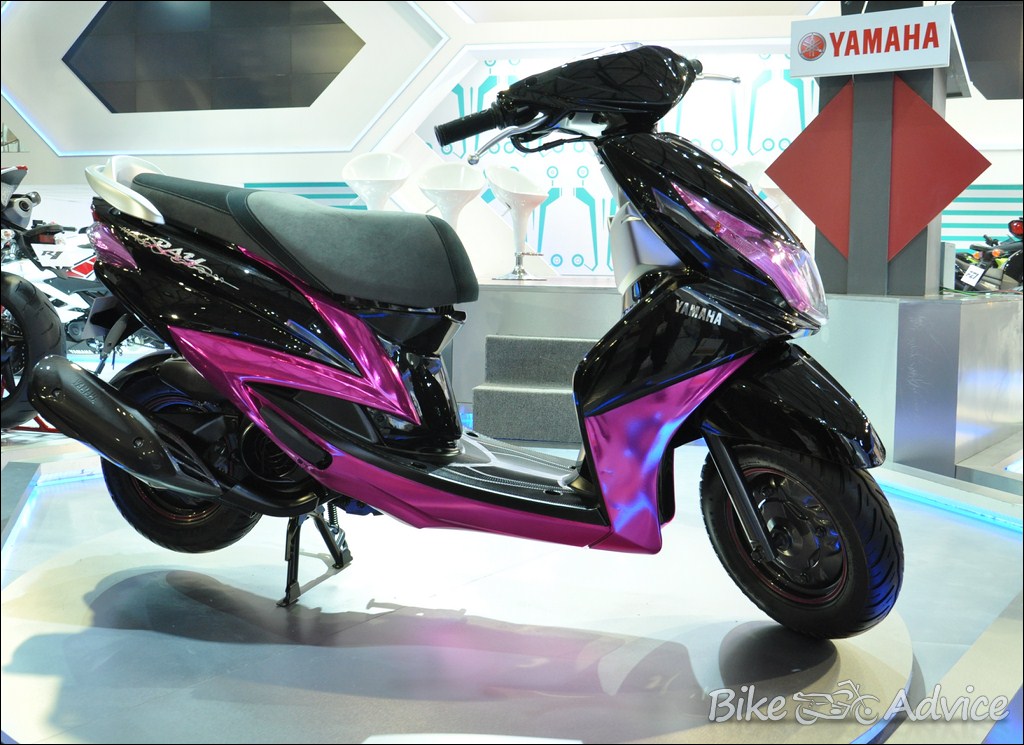