I am basically a great fan of Yamahas and am a very proud owner of my Yamaha Gladiator Graffiti. She has never let me down at any point of time. Though she’s been two since old, trust me I still get excited when I ride her every time. I feel like sitting on a new one still. 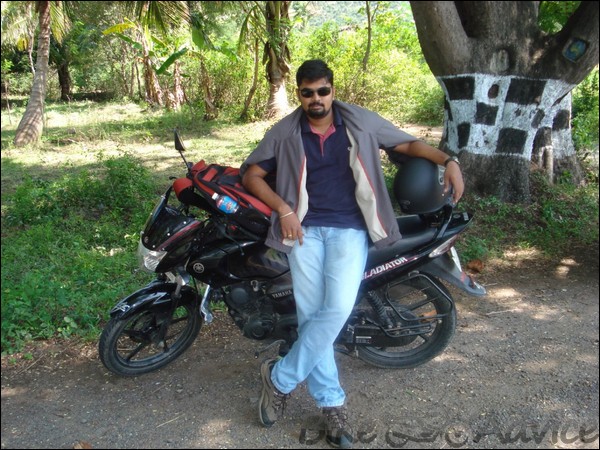 When I had initially booked her, I had the option of RS and SS models too. But, this particular model – Gladiator Graffiti, was very sexy with body graphics from front end of the fuel tank to the rear tail light. This graphics is not just pasted as a mere sticker onto the body unlike the other bikes.

It is actually a thick layer which is hot pressed on the body making the bike look very gorgeous. Above all, this tends people in traffic signals and in erstwhile busy places to turn and take a look at it, there by reving up my pride towards my Gladdy. The broad-built fuel tank fitted with aerodynamic scoops on either side gives it a macho look that people often conclude it belongs to the noble stable of 150cc bikes.

Technically, Gladiator is a 123.7cc, Air-cooled, 2 valve high performance delivering bike; finding itself exactly between the “so called” economy bikes and power bikes. Please don’t take me in the negative sense for what I am going to say. I’ve used my friend’s Pulsar 135 for about a week or so.

I would not say that Gladiator is far better than it, but still performs more or less the same. Of course, being a Yamaha it obviously will have to! It has immense amount of power in it. Open up the throttle on the highway and you would find it cruising at high speeds without any strain. 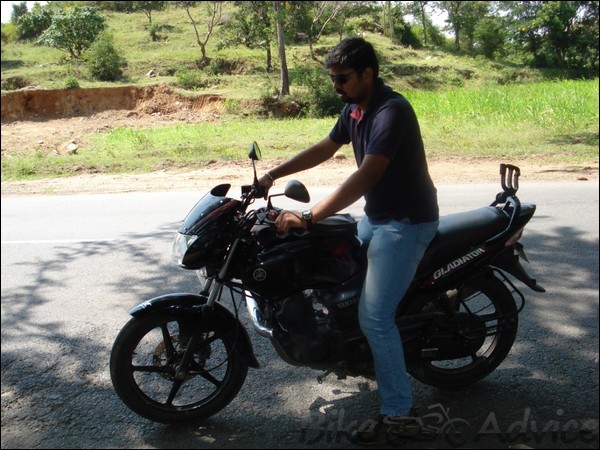 To talk about the instrument cluster, it doesn’t come equipped with the latest digital speedo and all such stuff. I, of course have no big interest in it too. But the twin pod speedo looks masculine enough to grab your sight. I would miss an important feature of my bike here if I forget to mention about it’s electric start button. Just hold your thumb on it and give a mild press and the horse is ready to gallop. Its common to see frequent pressings of this button in most bikes and still the engine not get ignited. But nah, not with Gladiators buddy.

This bike came fitted with a double side gear shifter which I changed to the regular Yamaha style half shifter. The gearshift is as smooth as piercing a knife into a butter. Though might sound odd in this context, it is the fact. I’ve never felt gearshifts as an issue worth concern with my bike even when riding in bumper-bumper traffic. Also, I observe that frequent gearshifts is not (at all) required for my Gladdy as it can move at a low speed of about 35kmph still in 5th gear.

Now let me share a few points which are specific to Gladiators alone. Unlike Pulsar which had a limited edition Fear The Black series, boasting of all black alloys, black engine and black exhausts, my bike came with all these stuff pre-loaded. Furthermore, unlike Honda and Suzuki which offers bikes with optional features of front discs, alloys and electric start, Gladiator has just one variant but with all these features by default. 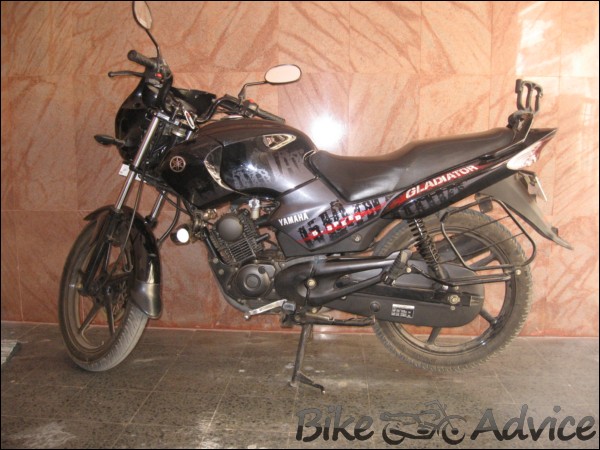 I’ve used my bike for all possible means of ride. Be it for city rides, highway rides and in tracks too. Never has my bike let me down. Now I am thinking of adding an engine cowl and ABS too to my bike, apart from stickering racing stripes. Once it’s done, I would make a write-up on her performance with the installation of ABS. I’ve coated the entire body with Teflon, making it even glossier to look at.

And now to answer the typical Indian question of fuel economy, my bike returns a little more than 55kmpl on an average within the city limit. Being proud of my bike, I’ve to tell this – Yes Yamaha!