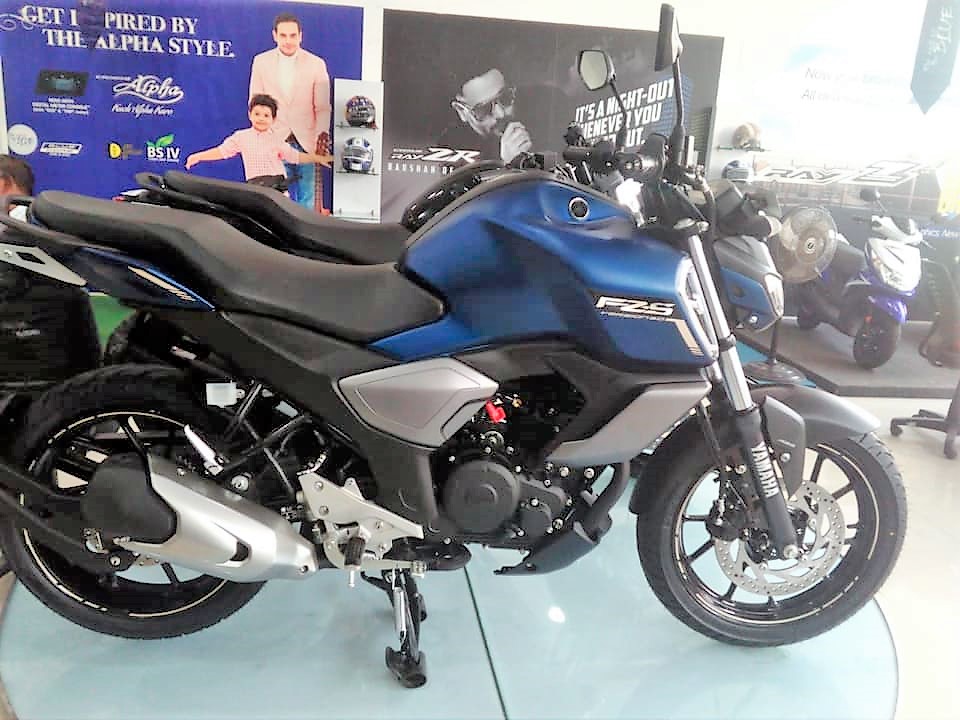 Yamaha officially launched the FZ version 3 in India on 21st January at an event in Bangalore. They also took the occasion to introduce the dual-channel equipped versions of FZ25 and Fazer 25 along with revealing their prices.

Now, shortly after launch, the motorcycle has been spotted at a dealership in Chennai. According to the pics that Elite Motors, an authorised store has shared, both the FZ as well as FZS are available.

This means that Yamaha has started dispatches of the motorcycles to all the dealerships across India in a phased manner and gradually all the remaining ones will start getting the newer versions in the coming days.

The new FZ v3 comes with a completely redesigned look and single channel ABS as standard. And there are three differences between the two variants, FZ and FZS, which we have discussed here.

The motorcycles are priced at Rs 95,000 and 97,000 respectively and come with the same engine albeit with an added emphasis on the lower power range which has been achieved through altered fuel injection settings.