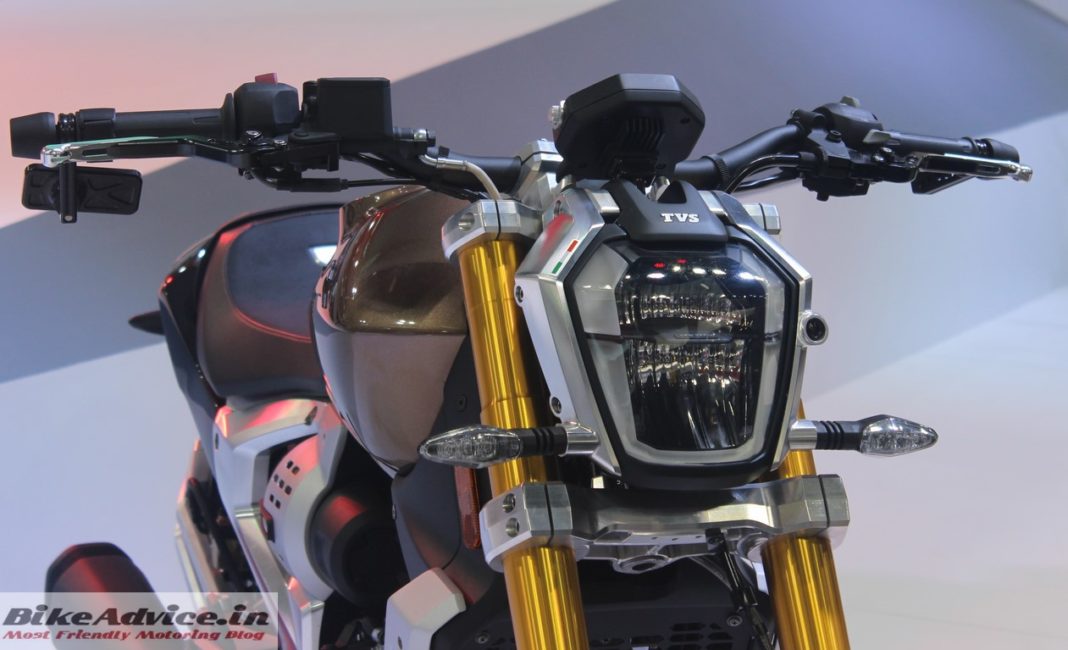 New TVS bike launch invitation has started reaching the media. The date is 6 July and there are a couple of hints TVS Has dropped…

So, TVS Motor is rolling out invites for a launch event scheduled for July 6. They have sent out a very interesting card bearing a unique symbol on it and a thought-provoking hashtag along with it. We know that this is a new product launch event.

But the question is – Which bike can it be??

TVS Invitation For Launch Event On July 6 – Retron or Zeppelin??

The card bears a big Grey coloured ‘T’ on it with a hashtag – #NEWWAYOFLIFE – written under it. And this very card has set our brains running at 200 km/h.

Which bike can it be?? What does the ‘T’ stand for?? Which New Way of Life is TVS referring to??

Let’s talk about it one-by-one.

Which Bike Can It Be??

Till now, we have reports of two bikes being under development to be launched in the coming months.

Last year in October, we got our first glimpse of what many are referring to as the new ‘Retron’. This bike was caught testing on our roads and sports a very unique design language.

From the limited view on the spy-images the alleged Retron looks to be a retro-styled, unique blend of a roadster and a scrambler. Though the test-bike was fully-camouflaged, the big single-sided exhaust and off-set instrumentation were clearly visible on the images.

The other bike high on the list is the long-awaited cruiser which could be called ‘Zeppelin’. This cruiser bike was last seen as a concept at Auto Expo 2018 sporting traditional cruiser design language and fancy hybrid engine technology.

But will it be called ‘Zeppelin’ though?? Remember ‘Akula’!!??

Again, there are two possibilities.

Or, maybe it could be the highlighted alphabet of the name TVS have chosen for their new cruiser bike.

The second possibility is that ’T’ is the shape of the headlight or the DRL design of the upcoming bike. The company could be using this ‘T’ to create many silhouetted images highlighting the ‘T’ formed by the headlight+DRL combination of the new bike.

If we are right, be ready for a lot of teaser images highlighted by this ’T’.

Which ‘New Way of Life’ is TVS referring to??

The hashtag – #NEWWAYOFLIFE – can, again, point to two possibilities.

Generally in biking culture, the type of bike we choose for ourselves, defines the ‘type of life’ we lead with our bikes called – Lifestyle.

There is Cruiser lifestyle, Scrambler lifestyle, Retro lifestyle, Adventure lifestyle, Sport or Track lifestyle etc. It all starts with the choice of bike, and then seeps into our daily life and weekends.

This could be the ‘New Way of Life’ TVS could be referring to.

Whatever it is, if you ask us – We are keeping our fingers crossed…