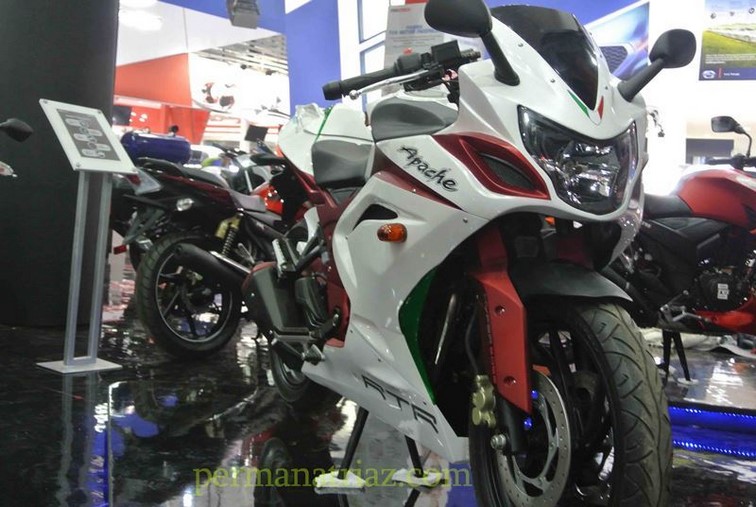 With the confirmation of an Adventure oriented motorcycle coming from the house of BMW and TVS, based on the G310R, enthusiasts are waiting high and dry to see it in flesh. While there is still some time before that project becomes a reality, seems like Indonesians can not wait….!

What you see in the following image is NOT a production version of Apache 200 but a customer modded adventure version which looks real interesting. Folks at Iwanbanaran claim that it was spotted in Jakarta. The level of fit and finish though is exceptional and is strong enough to fool even the wisest. 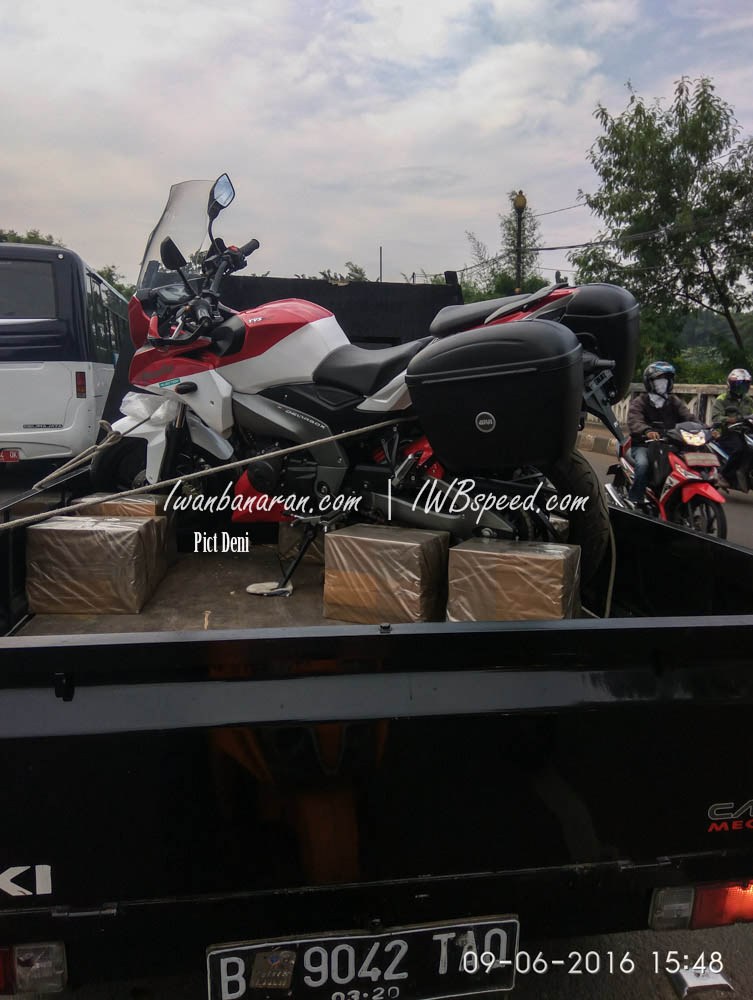 The bike gets a new swing arm and a front fairing to protect from the wind blast. A high-set visor has also been added. The fuel tank too has been modified and the changes look neat. The frame carries the sticker ‘Deltabox’ accompanied by the Italian flag. Panniers too have been added to make it more practical. Complete with knuckle guards the bike is fairly well built. 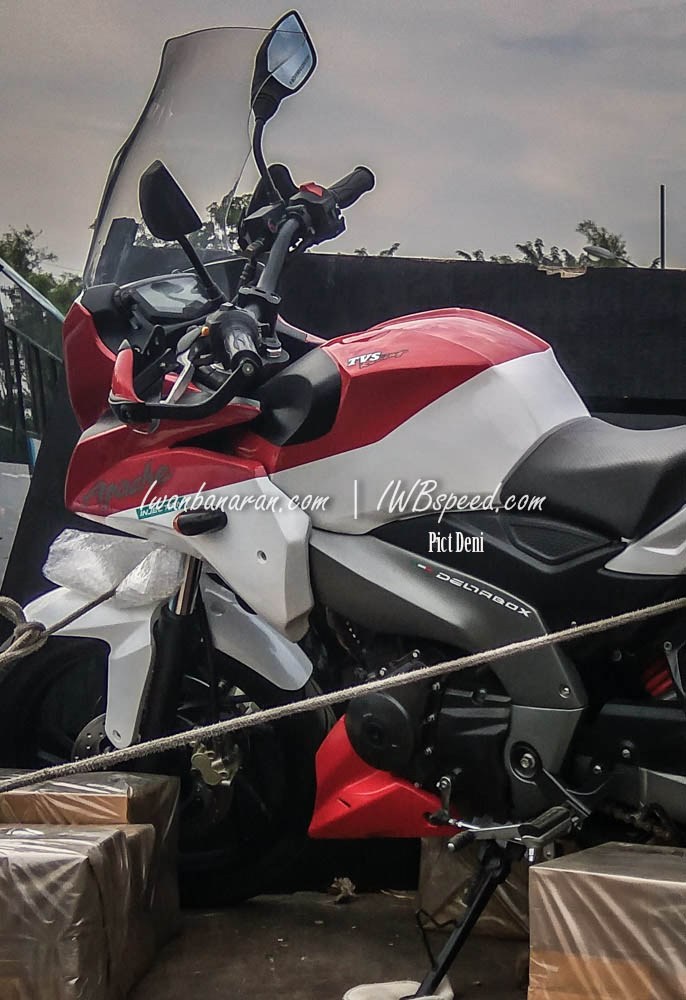 The switch gear, handle bar and the all digital instrumentation console has been kept the same. But wait; is that a twin disc at the front?

If that is not all, there is a fully faired version shared by the folks at Permanatriaz. Sporting the same sticky Pirelli sport Demons, the bike gets an edgy design which doesn’t have the creases and lines of current times but it does look real good.

Even though the build quality is fairly neat, it also appears to be a custom mod, may or may not be from the same guy/team. It is abundantly clear that, like Bajaj, TVS will spawn more models from the same platform, which may include full-faired sports and adventure tourers. 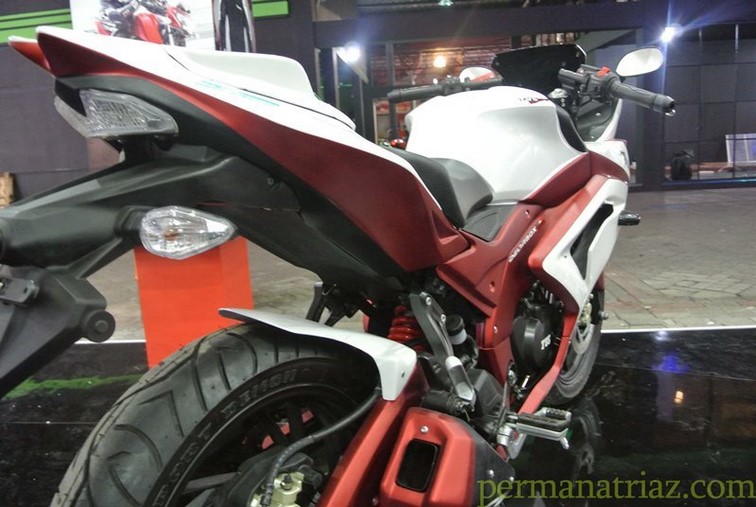 TVS has confirmed that they are working on a bigger, fully faired motorcycle based on the Akula concept shown at the Expo. Its interesting to see that only a handful of customers have got their Apache 200s delivered in India and Indonesians have already started tastefully modifying the biggest Apaches…

Also Read: No, Akula 310 NOT Launching This Year

What do you think of these designs? Inspiration…?