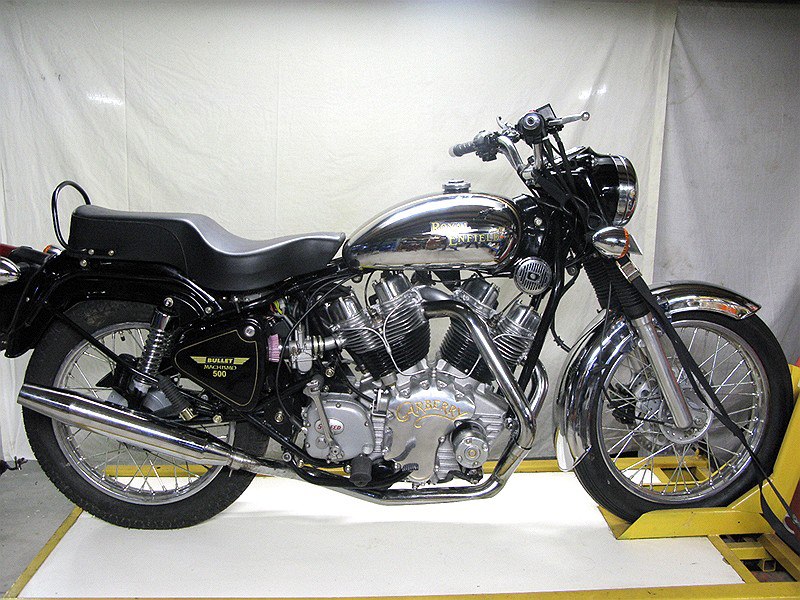 Want a V-twin motorcycle Royal Enfield and cannot wait for the manufacturer to make one? Well, you have an unconventional way of getting one now. Carberry Motorcycle, an Australian motorcycle modifier group is shifting its base to India! They have already set up camp in Bhilai, Chhattisgarh and are getting ready to set the ball rolling.

Created by Paul Carberry and Ian Drysdale, the group aims to make classic style litre class British V-twins using as many standard Royal Enfield parts as possible. Financial troubles though forced them to shut their shops a few years back Down Under after making limited deliveries. These folks have shifted to India, the home of Enfield now and have collaborated with a local partner Jaspreet Singh Bhatia. 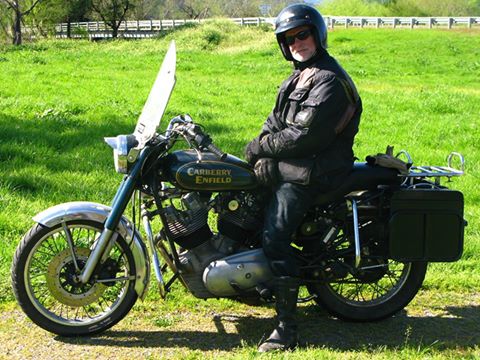 Scouting for suppliers, they are all set to start where they left off. They call their piece of art Double Barrel. It uses a 55 degree V-twin mill (made using two 500 cc Royal Enfield engines) which produces 50 hp and is mated to a 5 speed transmission. They have added hydraulic lifters above the cam and used the 55 degree layout to create space for the carbs. 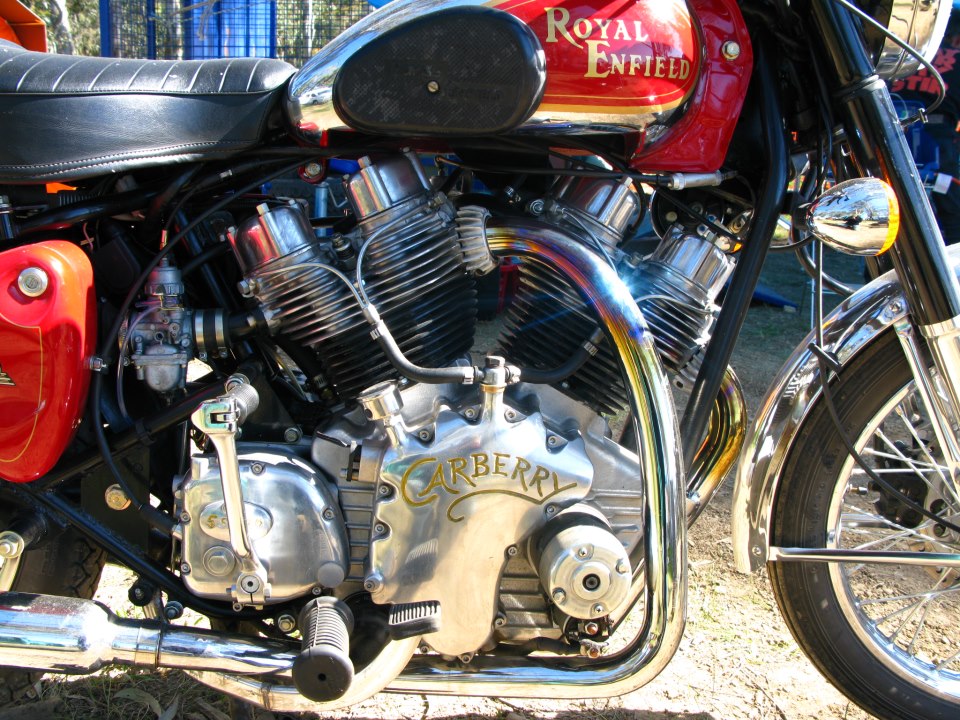 The front half of the frame has been modified, making its stronger twin backbones, twin down tube. The petrol tank too has to be reworked to create additional space. What they ended up with were reliable and affordable versions of Enfield’s original design philosophy.