Rakesh has submitted this review in our Ownership Review Contest No 13, ensuring himself an assured prize. The contest also offers a chance to win Riding Jacket, Helmet and more…Here are all the details.

Hi Guys.. This is Rakesh. After writing an ownership review on my Yamaha Gladiator (You can read it here), I am here to share a few points about my friend’s Honda Stunner CBF, that I have been using for the last 4 months… (Reasons??? Well, I’ll tell you at the right time. Please stay tuned ;)) 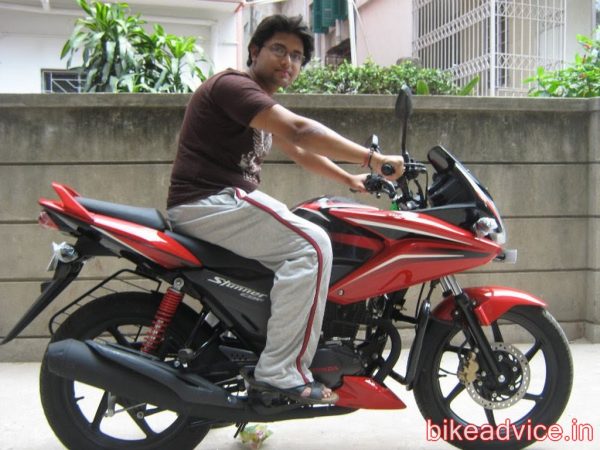 The Stunner undoubtedly stunned the Indians with its sporty looks since its launch in December 2008. The aerodynamic semi- fairing looks awesome on the bike and this was the only bike in India (before the launch of the Ignitor) to have semi-fairing in the 125cc category. 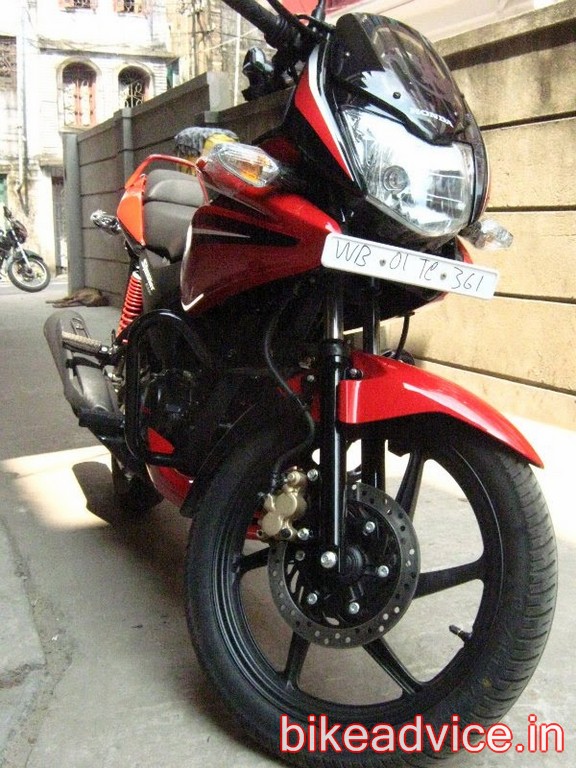 Not to mention, the step seat also looks great on the bike.

The CBF Stunner comes with a 125cc air cooled OHC single cylinder mill which produces 11bhp of power @ 8000rpm along with 11 Nm of torque @ 6500 rpm. The initial pickup of the bike is very impressive with its short gears, but somehow misses on the top-end part. 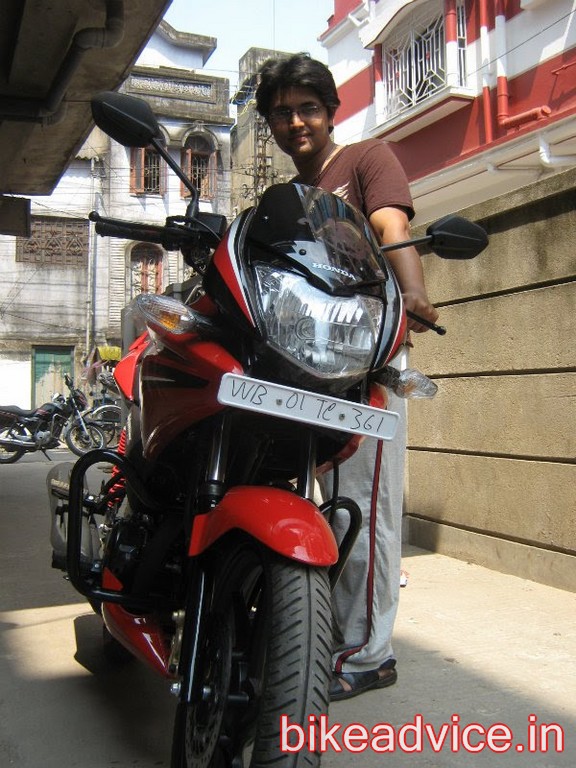 Though I have managed to attain a top speed of 98km/h, I feel immense vibration over speeds of 70kmph. This is why I would love to see HMSI upgrade this bike with a bigger engine or, another gear (the 6th one).

One also cannot ignore the refinement of the engine (till 70kmph). It is great to ride in the cities, but on the highways… you’ll get used to the vibrations. 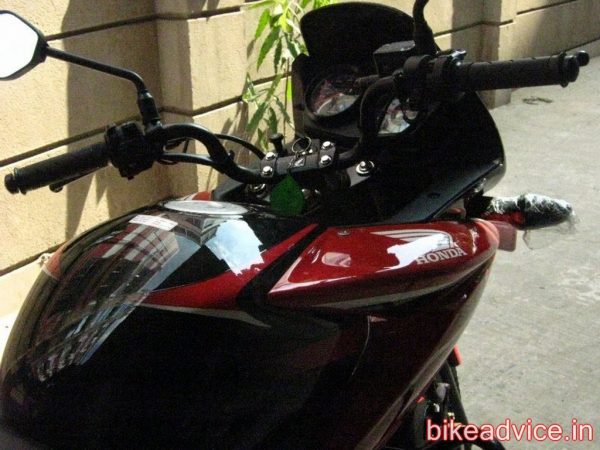 One technique that my friend has discovered after riding the bike for almost 3 years and a half is that, if you intend to ride at 80kmph, first increase the speed to the 90s and then bring it down to 80s. This reduces the vibration to a great extent. 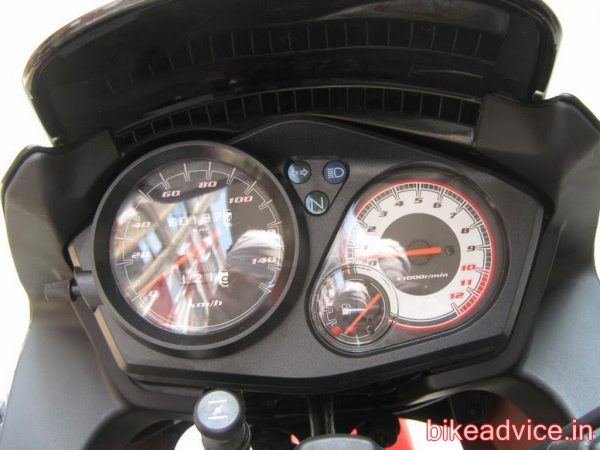 Well, the engine is undoubtedly reliable and soundless as all Honda engines are, no complains regarding this, but I would definitely like to point out that other parts of the bike are NOT of the best quality. 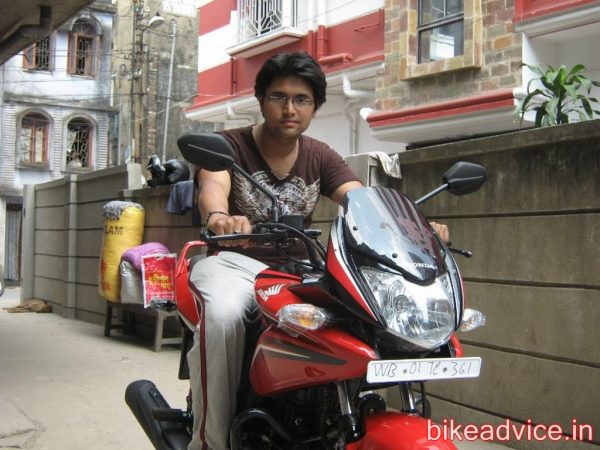 Handling of the bike is great as the handle bar is very light (the headlights are not attached to it). But somehow I feel that the handling would have been much better had the bike been of a shorter height and smaller wheelbase. Again, a Clip-On handlebar would have been highly appreciated. 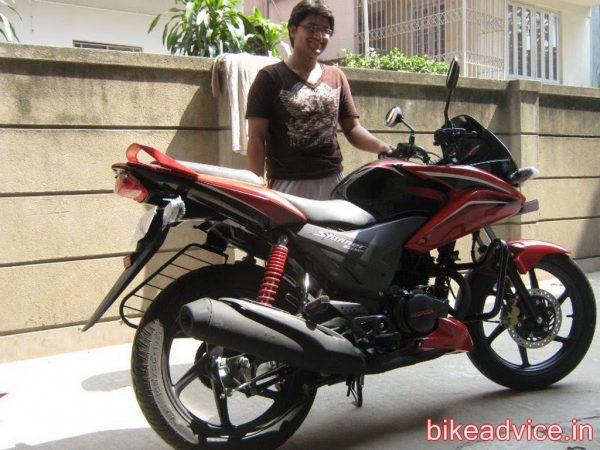 A bike is no good if it has great pickup but lacks stopping power. The Stunner will not disappoint you in this category also. The brakes have enough bite to stop you at the right moment, even if you are riding at 80s. There’s absolutely no fishtailing on panic braking. Even the wide tubeless tyres play a vital role in enhancing the braking.. be it dry surfaces or wet.

Comparison with my Gladiator:

1. Engine: Both the bike posses 125cc air-cooled engines which are highly refined. Though the stunner has a quiet engine, my Gladiator roars a lot. But one thing that is worth mentioning is that, the Stunner has good low end and mid range torque while the Gladiator has a good mid range and high end torque. Thus, the Stunner beats the Gladiator in pickup but the Gladiator is ultimately vibe free which is highly essential for touring. (I did a trip from Kolkata to Digha (398kms both sides) in 12hrs on my Gladiator. The bike was vibe free at 93kmph. Gladiator owners will definitely agree to this 🙂 ).

2. Reliability: Both the engines are equally reliable as we all know. Neither me, nor my friend have ever faced any problem with the engine. Just change the engine oil at right time and your engine will stay healthy.

3. Handling: I feel that the Stunner has got a better handling as you do not feel the weight of the headlight as it is attached to the fairing. Unfortunately both the bikes are very tall. A decreased height would have enhanced handling a bit more.

5. Mileage: The Stunner is a winner here as it returns better mileage than the Gladiator. But one thing worth mentioning here is that, the Stunner has a 10lt tank while the Gladiator has 13lt tank. 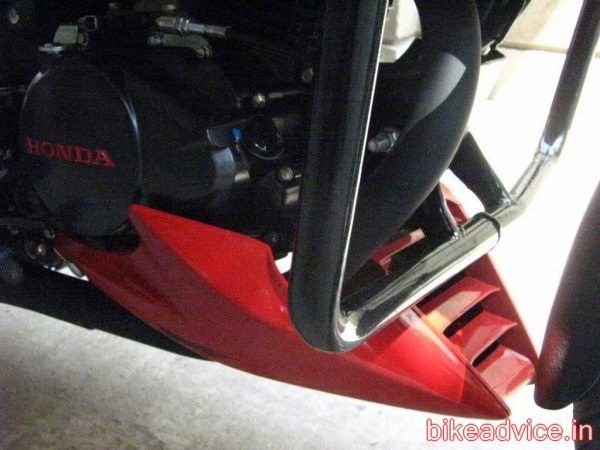 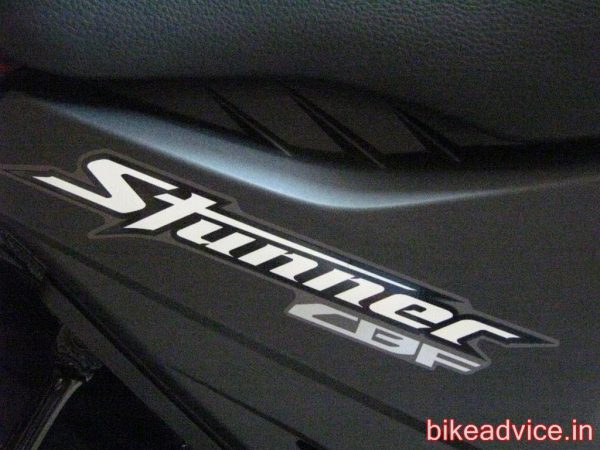 Undoubtedly the Stunner is a good value for money vehicle, though it is a bit expensive when compared to its competitors. But in the long run, it makes up for each and every penny that you pay for the bike.