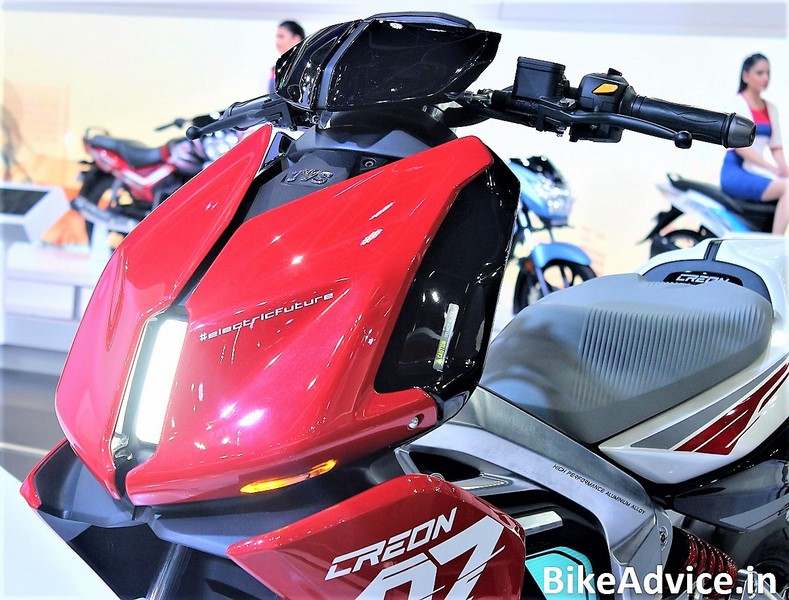 Upcoming TVS 2-wheeler will be in the electric domain as has been confirmed through the invite mail. But what will that ‘key’ product be – a scooter or a motorcycle…?

Moments back, TVS’ Corporate Communications Head has dropped in a virtual event invitation with the media that clearly reads ‘Virtual Launch event Invitation’ – confirming that we are up for a new product from the company.

Further, the invite reads that the event has been scheduled to share a key announcement for the electric mobility segment. Concocting all of this we come to the conclusion that TVS will launch an electric two-wheeler tomorrow.

Frankly, there is no concrete evidence that can reveal the exact product, however, we do have some clues.

TVS has been caught testing a few products in the past. One possibility is that the company may be coming up with a futuristic scooter, a sneak of which we got with Creon that the Chennai-based maker unveiled at the 2018 Auto Expo. We aren’t sure if the ‘Creon’ nameplate will make it to the production version though.

Another possibility is that the company may introduce a B2C/B2B scooter that was spotted testing few months ago. You can check its spy pics here.

Another area where TVS may want to spread is the electric motorcycle space which has relatively lesser competition. The company may come up with a hybrid/all-electric motorcycle – something on the lines of the Zepplin – a nameplate that it has already patented. However, we see this as a low possibility for tomorrow.

There are a lot of likelihoods and no one knows what’s in store. But the good news is that – we are only a few hours away from the unveil…