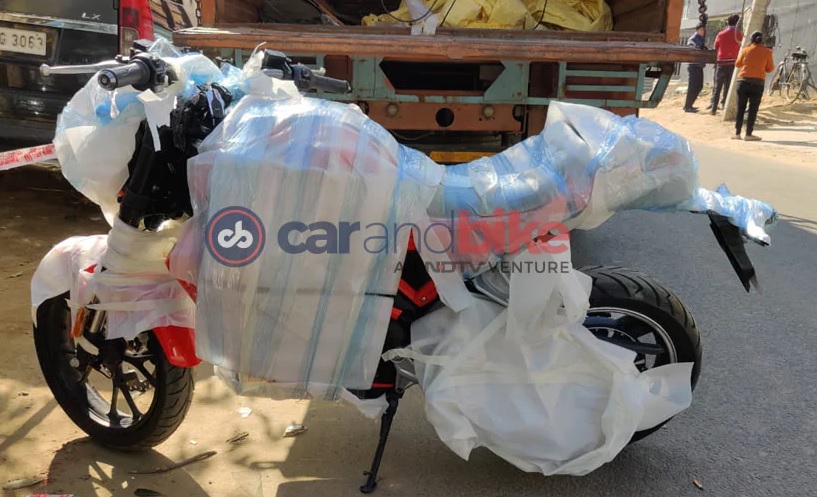 Add this Hero’s upcoming electric motorcycle to the list of fast growing options. Expect its unveiling at the Auto Expo.

Hero Electric may become the biggest gainer in this transition from internal combustion engine equipped two wheelers to electric motor driven products. Our government is pushing for more sustainable modes of transport and this step is in the same direction.

Hero Electric has an advantage of experience over others and it is currently the largest electric two-wheeler company in the country. But surprisingly, most makers are introducing scooters and motorcyclists are left wanting something for them. So far, Revolt is the only maker which has introduced two electric motorcycles in the affordable space.

However, Hero Electric is set to join the company with this e-motorcycle which has been snapped by NDTV. It looks far more interesting and bigger than Revolt’s RVs. It has a humped fuel tank with proportions of 150-200cc motorcycles.

Looking at the completeness of this product, it appears to be set to be unveiled at the upcoming Auto Expo on 5th February in Noida. And unlike Hero MotoCorp, Hero Electric is participating in the event.

Let us hope Hero comes out of its conservative approach and gives this motorcycle fairly good specs to appeal to motoring enthusiasts looking at transitioning to electric vehicles.