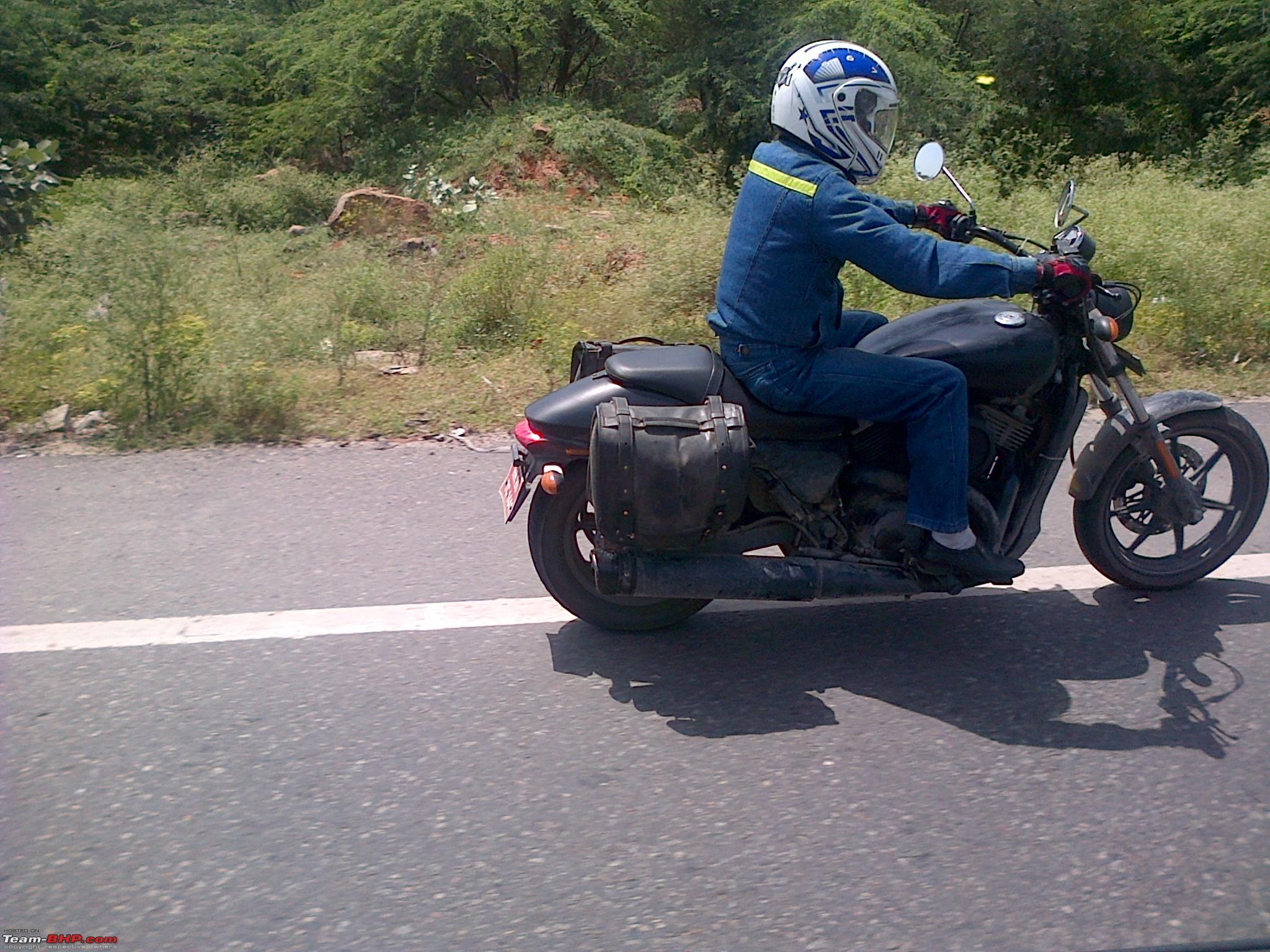 The unidentified cruisers are back again!! They were spied by a T-BHP member named metallica on the GGN-Faridabad road. 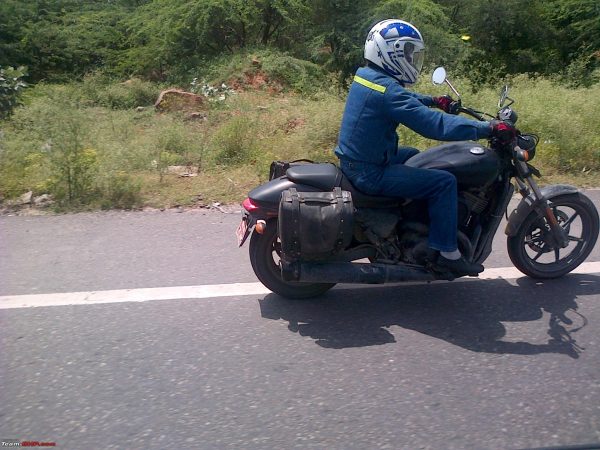 When they were last spied a few months back, there was a massive hue and cry over their identity. Most people would safely vouch for a Harley-Davidson, but quite a few felt it resembled more of a Yamaha than H-D. As it gets spied again, the looks of the bike remain eerily similar to the ones spotted a few months ago. 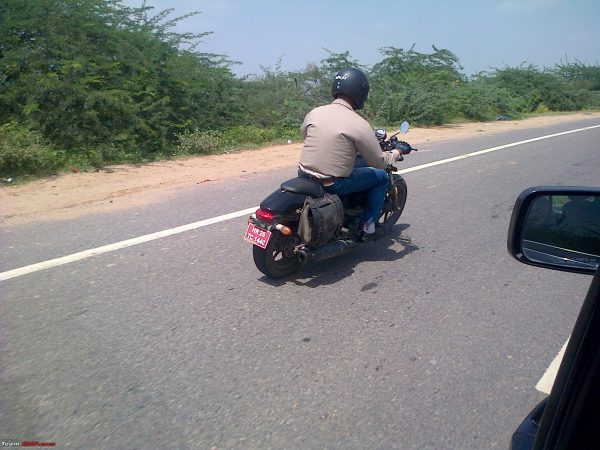 There are quite a few Harley-esque design cues in the sculpting of the bike. Even more important is the fact that Harley-Davidson COO Matthew Levatich has stated that they are working on a small capacity cruiser for India. It might be equipped with a 500 cc engine, and could be priced at around 3-4 lakhs INR.

Another notable fact is that Harley-Davidson had even stated the possibility of the development of an electric bike from their stable. The T-BHP Member, Metallica, has remarked that the bikes were surprisingly different in the dishing out of aural experience as compared to a normal Harley-Davidson.

However, we don’t feel that this is an electric bike test mule. The combustion chamber and its cooling fins are effortlessly visible. There might be a radiator. The older spyshots showed an oversized, yellow radiator fan. Other important items are the presence of an analog instrument read-out. A round headlamp dome invokes nostalgia, and amber lens indicators are used instead of regular clear lens ones.

The front forks are telescopic, and the rear shocks are concealed by the hanging bags. A couple of disc brakes are used, and chrome rear-view mirrors are present. The fuel tank cap is skewed somewhat to the right.