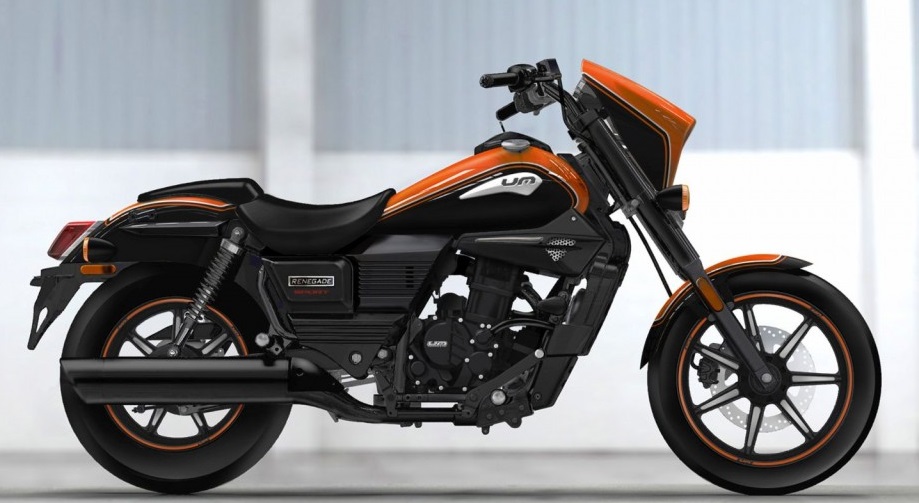 The Intruder-like Renegade Sport S has been a big point of interest. Prices seem luring and deliveries start in 3 months from launch.

United Motorcycles, which forayed in India back at the 2014 Auto Expo, is nearing the launch of its products. They have already confirmed the launch dates and have been revealing details with every passing day on their social channels Twitter and Facebook.

UM, for the first time, officially confirmed that they will launch the beautiful Renegade Sport S in India, which was unveiled at EICMA recently, in a response to a fan. They confirmed that they are setting up dealerships in tier 1 cities like Bangalore, Hyderabad etc and tier 2 cities will be part of phase 2 activations.

In a response to a tweet, UM said that they have not finalized the prices yet but expect them to be between 1.2 Lakhs to 2 Lakhs. They also confirmed that first deliveries of UM Motorcycles will start in May 2016 ie after taking three months of advance bookings. 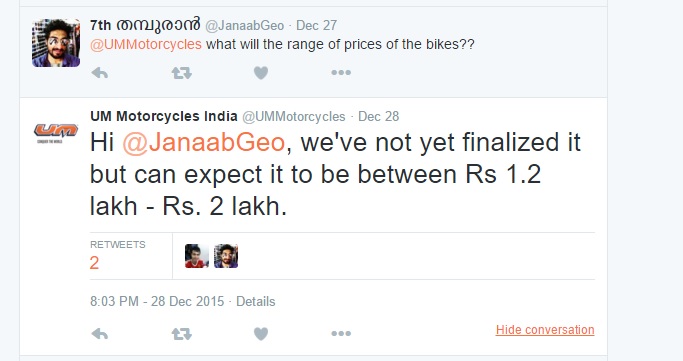 So, with this, they have almost revealed all the details of their Indian plans but what is still unknown is the engine(s) that will plonk their Renegade Commando and Sport S in India because, at least the Commando is expected to get a new India specific engine different from what was showcased at the 2014 Auto Expo.

For starters, Sports S comes with a 279 cc water cooled fuel injected engine capable of churning out 26.6 PS of peak power and 22.76 Nm of maximum torque mated to a 6 speed gearbox. United Motorcycles‘ is expected to compete with Mojo, CBR250R and may also snatch a few thousand customers from the Bajaj’s Avengers.