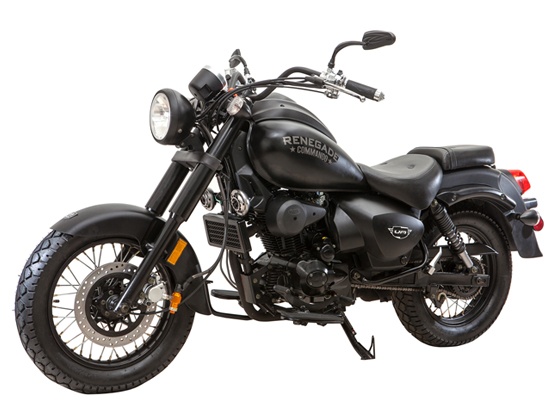 It is turning out to be a terrible ride for UM Motorcycles in India. Federation of Automobile Dealers Association (FADA) has taken a note of the concerns faced by the UM’s dealers and has issued a legal notice to the company of ‘fraud’ and ‘dishonesty’.

Formed in 2016, UM Lohia is a joint venture company between India’s Lohia Group and UM Motorcycles – an American registered company. The press release disseminated by FADA contains quite shocking revelations. We are listing the key pointers from it…

Though UM projected itself as an American brand but it was found that motorcycles which were sold in India were being assembled with Chinese parts at the Kashipur factory. It alleges that as soon as people got to know about the truth, they moved away from the brand.

FADA also says that UM entered the market in the second half of 2016 with BSIII compliant motorcycles when it was known that BSIV was to be enforced few months later (in April 2017). Once the BSIV norms kicked in UM dealers, who had a big inventory of BS3 motorcycles, ended up suffering!

Furthermore, UM Lohia did not compensate its dealers for this legally unsellable stock. The report claims that it took a lot of time for the company to even ‘acknowledge’ the issue in hand and later it agreed to buy them back but in lieu of the new BSIV stock.

This is where the problem aggravated as FADA claims that the BSIV compliant motorcycles were ‘unfit’ for our roads as they came with many faulty parts such as EFI Module controller, Gear, etc which broke down multiple times with customers.

And it is now when UM Lohia have shut down Indian operations things have gone from bad to worse for both its customers as well as dealers. The spares warehouse is no more functional which is making it impossible for UM’s dealers to service and rectify the under warranty faulty motorcycles.

All of this has lead FADA to issue a legal notice to the company to redress all grievances of dealers including multi crore losses and to take appropriate steps to ensure that customers get service and spare parts according to the warranty terms and law!

Further, FADA says that it will take ‘appropriate’ legal measures against the company if it fails to respond to the legal notice and it will also involve the Government authorities in this matter.

A little while back Lohia group said that UM Motorcycles is not responding and it is not possible for them to run the JV ‘one-sidedly’ (more details)!